From Alice in Wonderland to The Tourist, here are some of the best Johnny Depp movies to watch this weekend. 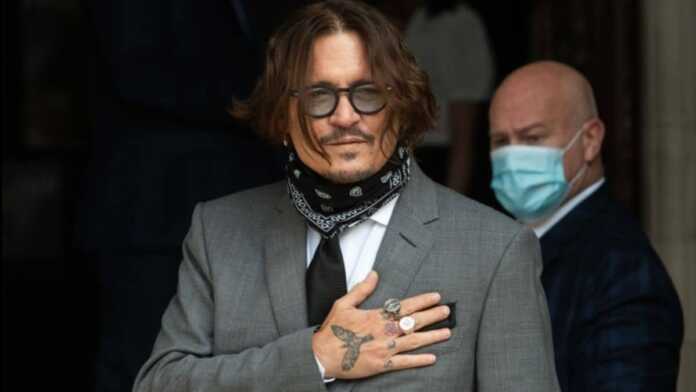 Best Johnny Depp Movies: John Christopher Depp II (born June 9, 1963) is an American actor and musician. He is the recipient of multiple accolades, including a Golden Globe Award and a Screen Actors Guild Award, in addition to nominations for three Academy Awards and two BAFTA awards.

A Nightmare on Elm Street is a 1984 American supernatural slasher film written and directed by Wes Craven and produced by Robert Shaye. A young girl realizes that she has to stay awake at any cost to avoid the clawed killer who is butchering her friends one by one in their dreams.

Edward Scissorhands is a 1990 American fantasy romance film directed by Tim Burton. It was produced by Burton and Denise Di Novi, and written by Caroline Thompson from a story by her and Burton. It tells the story of an unfinished artificial humanoid who has scissor blades instead of hands that is taken in by a suburban family and falls in love with their teenage daughter.

Ed Wood is a 1994 American biographical comedy-drama film directed and produced by Tim Burton and starring Johnny Depp as Ed Wood, the eponymous cult filmmaker. Ed Wood, an eccentric film-maker who is criticized by the mainstream media for his bizarre low-budget films, soon manages to establish an underground culture and a cult following.

A blacksmith joins forces with Captain Jack Sparrow, a pirate, in a bid to free the love of his life from Jack’s associates, who kidnapped her suspecting she has the medallion.

Finding Neverland is a 2004 biographical fantasy film directed by Marc Forster and written by David Magee, based on the 1998 play The Man Who Was Peter Pan by Allan Knee. The film is about playwright J. M. Barrie and his relationship with a family who inspired him to create Peter Pan.

Barrie forges a platonic bond with a widow, Sylvia, who has four kids. He is motivated to pen a play about children who do not desire to grow up which brings them closer.

Corpse Bride is a 2005 stop-motion animated musical dark fantasy film directed by Mike Johnson and Tim Burton with a screenplay by John August, Caroline Thompson and Pamela Pettler based on characters created by Burton and Carlos Grangel.

When Victor is practising his wedding vows in the woods, he accidentally gets married to a skeleton-like creature called Emily who whisks him off to the land of the dead.

Captain Jack Sparrow seeks the heart of Davy Jones, a mythical pirate, in order to avoid being enslaved to him. However, others, including his friends Will and Elizabeth, want it for their own gain.

As the East India Company gains untold power and persecutes pirates en masse, Will, Elizabeth, and Captain Barbossa decide to bring Jack Sparrow back from the dead for one final battle.

Sweeney Todd: The Demon Barber of Fleet Street (often known simply as Sweeney Todd) is a 2007 musical slasher film directed by Tim Burton and an adaptation of Stephen Sondheim and Hugh Wheeler’s Tony Award-winning 1979 musical of the same name.

Benjamin vows to seek revenge from the judge who framed him for a crime he did not commit. In order to do so, he reopens his barbershop and begins murdering his customers with a razor.

Alice in Wonderland is a 2010 American adventure fantasy film directed by Tim Burton from a screenplay written by Linda Woolverton and produced by Walt Disney Pictures.

Alice, now 19 years old, follows a rabbit in a blue coat to a magical wonderland from her dreams where she is reunited with her friends who make her realise her true destiny.

The Tourist is a 2010 American romantic thriller film co-written and directed by Florian Henckel von Donnersmarck. It is a remake of the 2005 French film Anthony Zimmer.

Frank, an American tourist, is visiting Italy to deal with a recent heartbreak. Elise sits with him on a Venice-bound and makes everyone believe that he is her lover, who is wanted by the police.

Rango is a 2011 American computer-animated Western comedy film directed by Gore Verbinski from a screenplay by John Logan. Co-produced by Verbinski with Graham King and John B. Carls.

Rango, a pet chameleon who aspires to be a hero, lands in a drought-affected town plagued by bandits. He claims to be the saviour and makes an attempt to protect it.

Captain Jack Sparrow sets sail in search of the legendary fountain of youth. His mission puts him up against a mysterious woman from his past, an old enemy Barbossa and the feared pirate, Blackbeard.

The Lone Ranger is a 2013 American Western film directed by Gore Verbinski and written by Justin Haythe, Ted Elliott and Terry Rossio. Based on the title character of the same name, the film stars Johnny Depp as Tonto, the narrator of the events and Armie Hammer as John Reid, the Lone Ranger.

John, a lawyer, joins his brother to capture Cavendish, an outlaw. Cavendish attacks and leaves them for dead but John is rescued by Tonto, a rebel Comanche, and they team up to take down the rogue.

Black Mass is a 2015 American biographical crime drama film about American mobster Whitey Bulger. Directed by Scott Cooper and written by Mark Mallouk and Jez Butterworth, it is based on Dick Lehr and Gerard O’Neill’s 2001 book Black Mass: The True Story of an Unholy Alliance Between the FBI and the Irish Mob.

FBI agent John Connolly convinces Whitey Bulger, a criminal mobster, to become an informant. However, things soon go out of control, leading Whitey to become one of the most fearsome gangsters.