Beeb is designed to recognize British accents for now and more features going to come over the coming weeks. 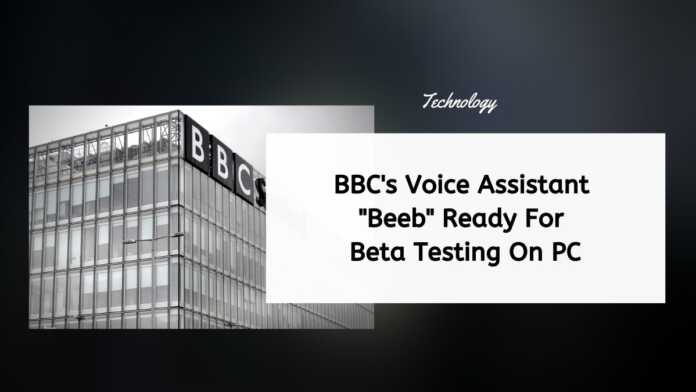 BBC had announced that they were working on a voice assistant called Beeb that was designed to help customers. Existing voice assistants have issues understanding accents and this problem is applicable for Britain too. As per recent reports, Beeb, for now, ready to go into beta on PC for testing.

According to reports, the early version of the game will be available to Microsoft Windows Insider program users, you can download the app from here.

Microsoft is playing an important role in developing Beeb with its Azure AI services being used by BBC to build infrastructure behind the platform.

The first version of Beeb lets users get live, on-demand radio, podcasts, and music as well as weather updates and news. Of course, there are a bunch of Easter eggs that you will have to deal with.

Since it’s in beta, Beeb is expected to have some bugs and the BBC is looking for user feedback to fix them. The company has also said that it will be adding newer features over the next few weeks.

Beeb, as and when it’s rolled out to the public, will be competing with the likes of Amazon’s Alexa and Apple’s Siri, which are already miles ahead in voice assistant capabilities, but given that Beeb has a particular affinity for Brit accents, it just might curry favors on those grounds.