It is unclear how much Facebook could be fined if the Australian action succeeds, but each contravention of Australia’s Privacy Act attracts a maximum penalty of Aus$1.7 million. 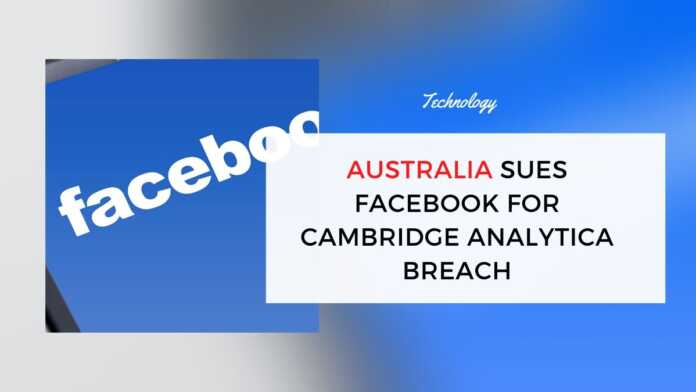 The Office of the Australian Information Commissioner said it had initiated proceedings against the tech giant and that Facebook committed “serious and/or repeated interferences with privacy”.

The commission alleges the personal information of Australian Facebook users was disclosed without their permission to an app called “This Is Your Digital Life”, which then sold the data to political consulting firm Cambridge Analytica.

The now-defunct British company was at the center of a massive scandal involving Facebook data hijacking in 2018.

US regulators said the firm “engaged in deceptive practices to harvest personal information from tens of millions of Facebook users for voter profiling and targeting”.

Australia’s watchdog began its own investigation into Cambridge Analytica two years ago, with today’s announcement it was pursuing Facebook in the courts the first action resulting from the probe.

“We claim these actions left the personal data of around 311,127 Australian Facebook users exposed to be sold and used for purposes including political profiling, well outside users’ expectations.”

Facebook’s own investigation found that some data from 87 million users in the United States and elsewhere had been compromised by the firm, and claimed the practices violated the social network’s terms of service.

In a statement, Facebook said it had “actively engaged” with the Australian investigation but refused to comment further on the specifics of the matter as it was before the court.

The company added it had made “major changes” to its platforms in consultation with international regulators to “restrict the information available to app developers, implement new governance protocols and build industry-leading controls to help people protect and manage their data”.

It paid a record $5 billion penalties in a settlement with the US regulator, while in the UK was fined more than $650,000 for the breach.

It is unclear how much Facebook could be fined if the Australian action succeeds, but each contravention of Australia’s Privacy Act attracts a maximum penalty of Aus$1.7 million ($1.1 million).