Apart from the Marina Bay Sands, Apple has two Apple stores in Lion City, located at Knightsbridge Mall in Orchard Road and the Jewel Changi Airport. 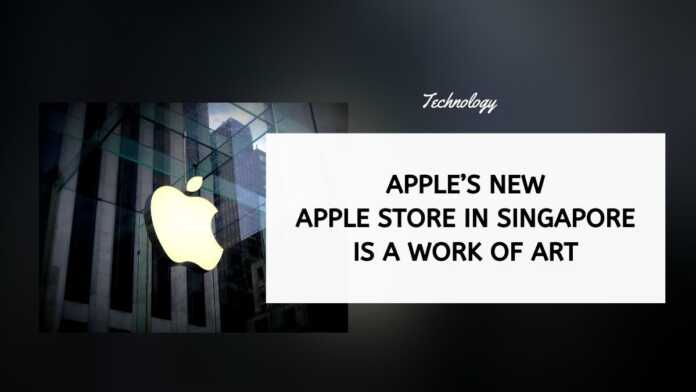 Apple, in the past, has opened several stores, such as the one in Milan and New York City, that have grabbed attention for their architectural brilliance. Now, the company is opening another Apple Store that takes its design expertise to the next level.

Apple is opening its retail store in Singapore which is located at the famous Marina Bay Sands and it is shaped in the form of a giant orb that seems to be floating on the water.

During the night, the place comes to life. Images of the upcoming Apple Store on Twitter show that the giant floating orb seems to be illuminated from inside and it looks stunning against the country’s skyline.

Apple hasn’t revealed the exact date as to when it will be opening the upcoming Apple Store in Singapore. The company, however, says that it ‘will soon open the doors to our new store by the Bay’ and that it ‘will be at the heart of creativity, a place we’ve made for you to capture your ideas and passions.’

As far as other details are concerned, not much is known about Apple’s upcoming Apple Store yet. However, as per a report by MacRumours, it will be the third Apple Store to open in the region in just over three years and that it will be Apple’s 512th location worldwide.

In addition, the publication has also shared what appears to be marketing material for the upcoming Apple Store. One of the blurbs shared by the publication says that “an elevated broadwalk and underwater passage connect the pavilion to the shore and The Shoppes at Marina Bay Sands. The structure’s shape informs an entirely new store layout.”