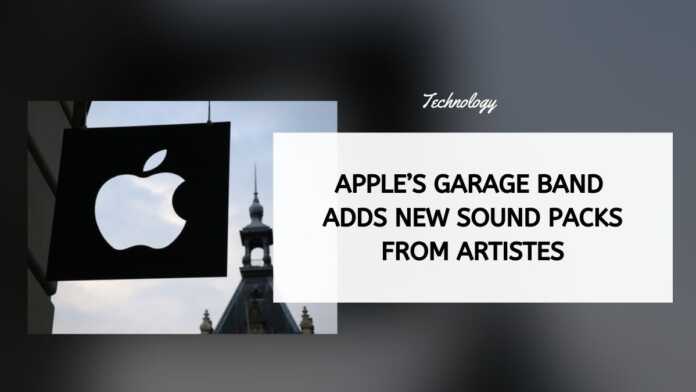 Apple’s GarageBand for iOS and iPadOS is getting all-new Sound Packs from some of the top artists and producers globally. Users can now learn how to remix tracks on the app with two new Remix Sessions that will be offering step-by-step video instructions and feature hit songs from Grammy Award-winning artists Dua Lipa and Lady Gaga.

Musicians can also now create songs with seven new Producer Packs that are full of beats, loops, and instruments created just for GarageBand by some of the world’s top producers, including Boys Noize, Mark Lettieri, Oak Felder, Soulection, Take A Daytrip, Tom Misch, and TRAKGIRL.

There is also an additional Producer Pack that provides a special companion experience to the new Apple Original docuseries “Watch the Sound With Mark Ronson,” which is premiering today, July 30, on Apple TV+.

The “Art of Remix” with Lady Gaga and Dua Lipa feature inspirational videos from each artist telling the stories behind their hit songs “Break My Heart” (Dua Lipa) and “Free Woman” (Lady Gaga), as well as step-by-step remix instructions led by an Apple Retail Creative Pro using a GarageBand Live Loops version of each song.

During these sessions, anyone can interact with these hits just as an artist would in the studio, hearing isolated vocals, beats, and individual instruments that provide the foundational elements of a song.

Musicians can create their own songs with help from some of today’s best-known music producers, with the aid of seven new downloadable Producer Packs created for GarageBand by Boys Noize, Mark Lettieri, Oak Felder, Soulection, Take A Daytrip, Tom Misch, and TRAKGIRL.

Each Producer Pack comes with hundreds of royalty-free loops, beats, instruments, drum kits, synth patches, and samples. There are also in-app videos featuring each producer offering words of encouragement to beginners, as well as insights into their creative process.

The Companion Experience of “Watch the Sound With Mark Ronson”, an Apple Original docuseries, explores the intersection of technology and musical innovation.

There is also the “Watch the Sound With Mark Ronson” Producer Pack that users can extend the viewing experience with by getting hands-on time with GarageBand versions of the music technology featured in every episode, from sampling to drum machines, synths to reverb, and vocal effects to distortion.

The new Remix Sessions and Producer Packs are available as a free download from the Sound Library in GarageBand 2.3.11, the latest version of the app, for iOS and iPadOS.