The company will host an ARM Mac event next month wherein it would launch its ARM-powered Mac computers. 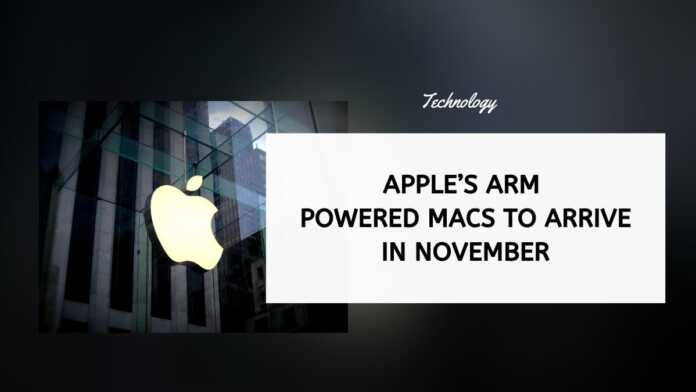 Apple back at WWDC 2020 had launched its own ARM processors. At the time, CEO Tim Cook had confirmed that the company would be transitioning from Intel to ARM processors in the coming years with the first batch of ARM-powered Macs arriving later this year.

Now, a new report suggests that the company could launch its next batch of Mac computers as early as next month.

As per a report by tipster Jon Prosser, the iPhone maker will host an ARM Mac event next month wherein it would launch its ARM-powered Mac computers. The tipster further said that the company will be hosting the event on November 17.

To confirm, there IS a November ARM Mac event.

Notably, while the company may launch the ARM-powered Macs next month, it won’t be ending support for Intel-powered computers anytime soon.

Cook, while making the announcement at WWDC 2020, had said that it will be a phased process and that Apple would continue to support Intel-powered Mac computers in the coming years.

Okay, how about “One More Thing” ?

After this November ARM Mac event, the next Apple Event (currently a digital event) will happen on Tuesday, March 16, 2021 ?

“Apple will continue to support and release new versions of macOS for Intel-based Macs for years to come and has exciting new Intel-based Macs in development. The transition to Apple silicon represents the biggest leap ever for the Mac,” the company had said at the time.

In a separate tweet, the tipster said that after November 17’s ARM Mac event, the company will host its next event on March 16, wherein it will launch the AirPods Studio, which will be the company’s first over-the-ear headphones. Both these events will be held virtually.