Siri now answers inquiries like "Do black lives matter?" with a simple "Yes" and directs users to the movement's website. 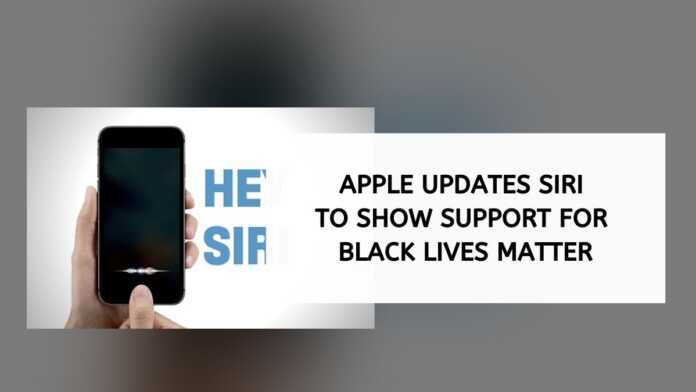 Apple has updated Siri to respond differently to the phrase “all lives matter,” which has become a common retort to “Black Lives Matter” in the US and elsewhere.

Apple’s AI assistant Siri now answers inquiries like “Do black lives matter?” with a simple “Yes” and directs users to the movement’s website.

Recently, Apple CEO Tim Cook wrote a letter that talks about how Apple “must do more” to support the fight against racism in the country.

The letter, which was originally released internally to employees, now sits at the top of Apple’s website.