Los Angeles has become the epicenter of the Covid-19 pandemic in recent weeks. 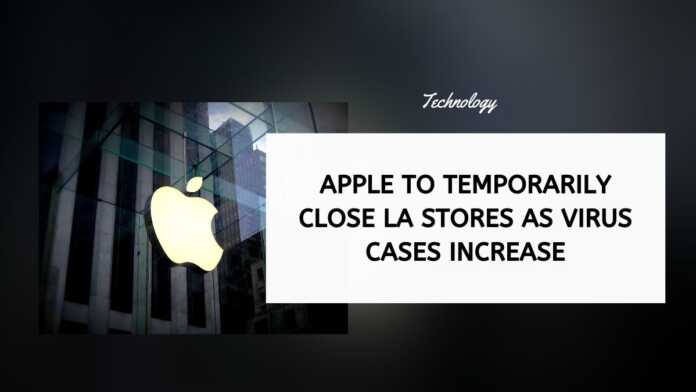 Apple Inc. temporarily closing its Los Angeles-area stores as Covid-19 cases jump in the region. The move marks the first time in many months that Apple has shut retail locations in one of the country’s most populous areas.

The Cupertino, California-based technology giant has several stores in Los Angeles, including major outlets at The Grove and Beverly Center shopping centers, Santa Monica and the Glendale area.

On its website, Apple said it is closing 11 local stores beginning Saturday and two stores Friday. It didn’t say when they would re-open.

Los Angeles has become the epicenter of the Covid-19 pandemic in recent weeks. Health regulations in the area allow critical businesses, such as those that sell work-from-home equipment, to remain open at reduced capacity.

Other hard-hit regions in California, including the San Francisco Bay Area, have yet to see Apple stores close again.