Apple To No Longer Issue Security Certificate More Than 13 Months

Apple will no longer issue SSL/TLS certificates for a period longer than 398 days or 13 months starting September 1, 2020. 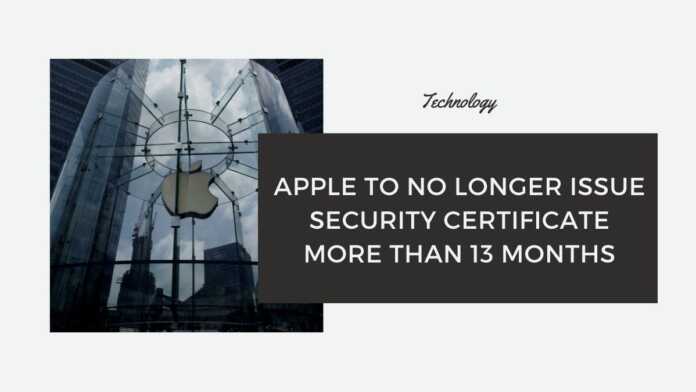 Apple has made a major change to its web browser, Safari, that would increase the safety of the websites that users browse on its devices.

“Certificates issued prior to September 1 will have the same acceptable duration as certificates do today, which is 825 days. No action is required for these certificates,” Tim Callan, a senior fellow at PKI and SSL management firm Sectigo, said in a statement to The Register.

So why should you care about it? Well, the answer is really simple. Shorter security certificate’s validity periods would make websites more secure as they would ensure that the web developers use the latest cryptographic standards for securing their websites.

This, in turn, would make websites more secure against phishing attacks and malware attacks. Additionally, short-lived certificates would reduce the window of exposure in the event of a security threat.

Simply said, shorter SSL/TLS certificates would ensure that users have a safer browsing experience on Safari and that they are better protected against malware attacks. Websites that don’t comply with Apple’s new norms will be flagged off by Safari to the users.