Apple To Launch Lossless Audio With No Extra Cost To Users

Besides the upcoming support for high-quality audio streaming, Apple also announced the arrival of Spatial Audio support via Dolby Atmos on its music streaming service. 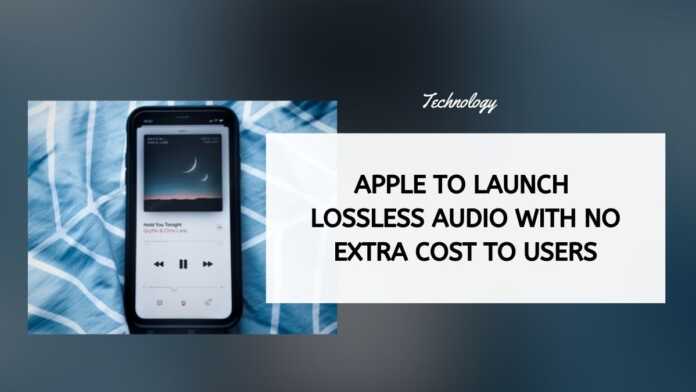 Apple recently announced its plans to launch lossless, Hi-Res audio support on Apple Music next month, with a very surprising message – the high-quality audio streaming service will be made available to all the company’s subscribers at their current subscription rate.

Besides the upcoming support for high-quality audio streaming, Apple also announced the arrival of Spatial Audio support via Dolby Atmos on its music streaming service. Spatial audio is a feature that is available on Apple’s wearable AirPods Max headphones and its AirPods Pro earphones that add a surround sound effect.

The system can use a built-in mechanism to track a user’s head movements, to emulate a theatre-like effect with a multi-directional sound effect.

The next dimension of sound is coming.

After updating to the latest Apple Music version, users will be able to listen to music at 16-bit at 44.1 kHz, which is the standard quality one would expect from a compact disc CD rip. If you have an iPhone or iPad you should still be able to play 24-bit audio at 48kHz which requires a compatible headset.

Meanwhile, there’s a third music quality tier, which will allow users to listen to music at 24-bit audio at 192 kHz, but you’ll need specialized audio equipment including your own DAC (digital to analog converter) to listen to them.

There are a couple of caveats, though. If you want to use the new lossless audio feature with Apple’s catalogue of 75 million high-quality songs, you will need either an AirPods Pro, AirPods Max, or a compatible Beats headset running the company’s H1 or the W1 chip.

If you don’t listen to music on wireless headphones, you can listen to spatial audio-enabled music on the iPhone, iPad, and Mac via the built-in speaker, the company says. Albums with Dolby Atmos will also have a badge to denote support on the detail pane, the company says.