The news website, citing sources, has added that while the announcement may take place in the second half of this month. 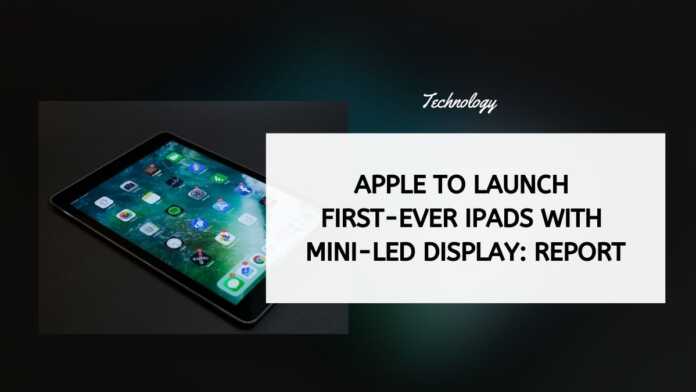 The new Apple iPads have been in rumors for months now and some reports, including Bloomberg, have previously said that these will arrive in the first half of 2021.

However, now, a new report from the same news organization cements this rumor once again as it states the new iPads to arrive later this month. And this is despite the supply limitations of mini-LED screens.

It is worth adding that these new iPads are the talk of the town as they will be the first Apple devices to feature mini-LED screen tech that is supposed to offer a better contrast ratio and more saturation. These new panels are also supposed to replace LCD screens.

The news website, citing sources, has added that while the announcement may take place in the second half of this month, the more premium, mini-LED iPad Pro models may reach the shelves after days or weeks.

“Apple still intends to announce updated iPad Pro tablets in two sizes as early as this month, other people familiar with its product road map said. The MiniLED screen, which will improve contrast ratios and deliver a brighter picture, will be exclusive to the pricier 12.9-inch model. The production hiccup could mean that the larger iPad Pro will ship later and be available in constrained quantities to begin with, ” stated the report.

According to some previous rumors, the new iPad Pro models are expected to feature some camera upgrades as well and support for Thunderbolt connection via USB-C port.

One of the reports also speculated these upcoming devices to be powered by A14X chipset, which could be as powerful as Apple M1 silicon.