Apple’s stores in the shopping districts of Omotesando, Ginza and Shibuya are all reopening their doors, with the biggest and latest outlet in Marunouchi joining them. 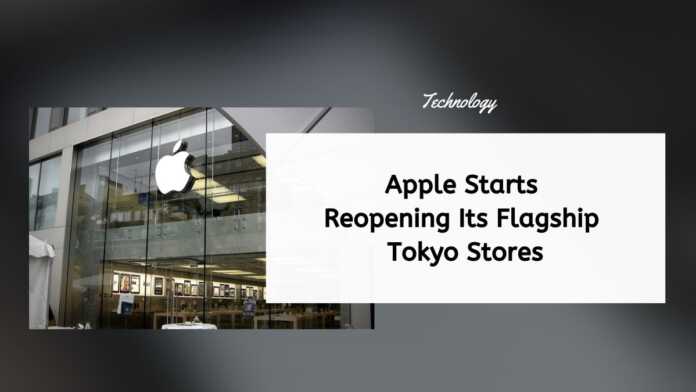 Apple Inc. is set to reopen its biggest stores in Japan from midday on Wednesday, bringing its physical retail network back online in one of its biggest markets.

Shuttered after the coronavirus outbreak forced a series of restrictive measures across the country, Apple’s stores in the shopping districts of Omotesando, Ginza and Shibuya are all reopening their doors, with the biggest and latest outlet in Marunouchi joining them.

All 10 of Apple’s stores in Japan will be open by midweek after the company tentatively resumed sales at two of them a week ago.

Japan has weathered the Covid-19 pandemic better than most countries, lifting its state of emergency in stages last month and bringing students in Tokyo back to school at the start of this week.

Fitness gyms, saunas, and cinemas are among the businesses reopening in the capital city after nearly two months under a loose lockdown.

Apple has already reopened stores in Australia, Germany, Austria, South Korea, Switzerland, and some stores in Italy and the U.S. It announced another 100 U.S. stores would resume operations last week, though more than half of them will offer curbside pick-up service only.

In a statement confirming the original Japan openings, Apple reiterated that stores will require temperature checks at the door, social distancing, and the use of masks by customers and staff alike.

This is in line with requirements among local Japanese retailers such as Montbell, which turns away customers without face masks.