Apple Says Its Own Apps Will Also Show Privacy Labels

WhatsApp has criticized Apple’s new app privacy label requirements stating that the need for privacy labels did not appear to apply to Apple’s own apps. 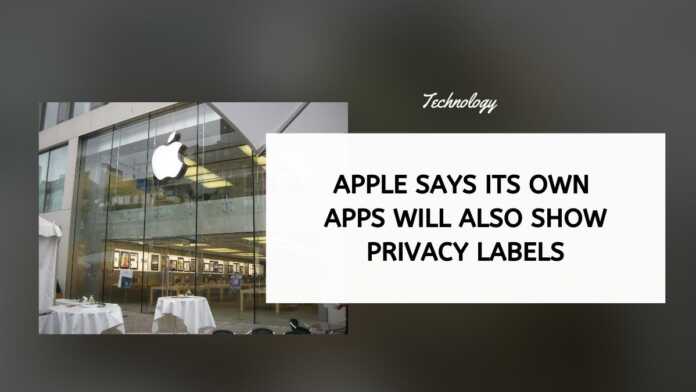 Apple recently announced the need for new app privacy labels for all apps on the App Store that developers and companies have to ensure exist. These privacy labels mention exactly what data these apps are collecting from users and how.

WhatsApp criticized these new privacy labels and said that it was unfair since these privacy labels did not seem to apply to Apple’s own apps that come pre-installed with iOS. Apple has responded to this by stating that there will be privacy disclosures for its own apps as well.

Facebook-owned WhatsApp told Axios that the provision was anti-competitive because Apple’s own encrypted message service, iMessage, which comes preinstalled on iPhones does not need to be downloaded from the App Store where privacy labels are now necessary.

A WhatsApp spokesperson told Axios that the requirement for labels should be consistent across first and third-party apps.

“While providing people with easy to read information is a good start, we believe it’s important people can compare these ‘privacy nutrition’ labels from apps they download with apps that come pre-installed, like iMessage,” the WhatsApp spokesperson said.

Apple has responded to this by saying that its own apps will also follow the same rules and that privacy details will be available on the website for any app that isn’t in the App Store (like iMessage).

“The new rules apply equally to all iOS apps, including all Apple‘s built-in apps like Messages. For iOS apps that don’t have dedicated product pages on the App Store, like Messages, they will still have the same privacy information be made available to users on Apple’s website,” Apple said.

WhatsApp had also said the privacy labels were unfair as “they do not include enough detailed information, for example, to reflect the strong measures apps may take to protect people’s private information”.

It remains to be seen if Apple evolves this privacy label feature for it to show more specifics to users. For now, all developers will need to share privacy details for new labels (December 8 was the deadline) and it is unclear exactly how they are going to appear on the App Store and on the Apple website.