The iOS testers will now finally be able to use it to see how often the apps take access to sensitive data. 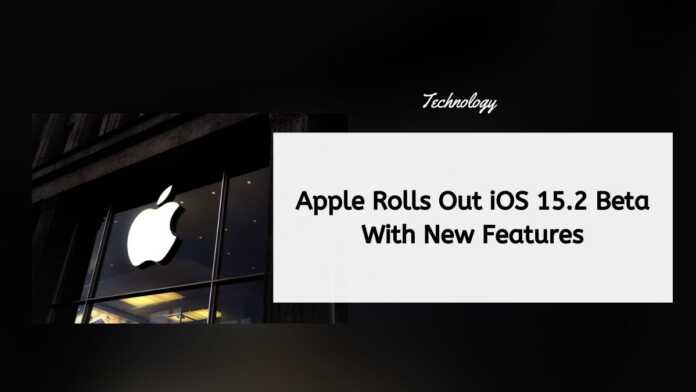 Apple is releasing the first betas of iOS 15.2 and iPadOS 15.2 for beta testers and developers. This news comes just days after the company rolled out the iOS 15.1 and iPadOS 15.1 updates. The new software update brings an important iOS 15 privacy feature.

App Privacy Report, which Apple first showed off at this year’s WWDC, is now part of the beta. Testers will now finally be able to use it to see how often an app accesses sensitive data, such as location, photos, camera, microphone, and contacts.

As per a report by Macrumors, Apple provides information on the basis of the last seven days. The feature also helps users see all the data apps that are accessing. Users also get details on how recently the apps might have contacted other domains, which will help them get a better understanding of how an app is functioning behind the scenes.

Those who have received the update can try the App Privacy Report. One will find it in their device’s Settings app, after which they need to head to the Privacy section and choose App Privacy Report. Here, one can simply toggle it on as per their choice. It should be noted that the feature will start displaying data only after you use apps for some time.

Additionally, the latest iOS beta update also adds an Auto Call feature, which lets you call emergency services with a series of button presses. One just needs to press the side button multiple times to initiate, or hold down the side button and the volume button together, as per Macrumors.

Apple has also changed the look of the Notification Summary and it now has more of a card-style view to offer a better glance at what’s included in the summary.