This new updated Siri experience will be available in fall this year as a part of iOS 14. 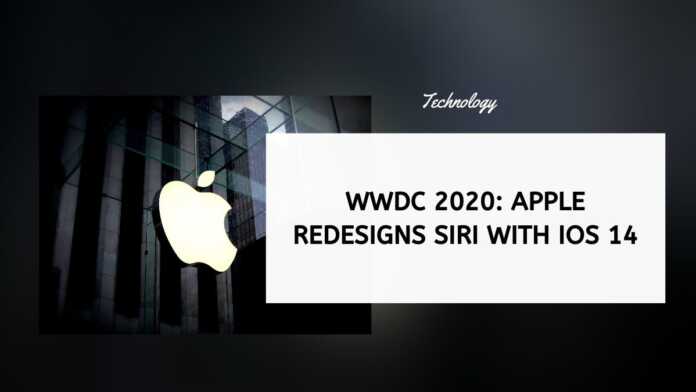 The newly launched OS saw the company releasing updates to the company’s old apps, which includes Maps, Messages, and Safari to name a few. In addition to all these apps, the company also released a major update to its virtual assistant Siri.

Up until now when users invoked Siri, the company’s virtual assistant would take up the entire screen space on the iPhone.

Whether it was invoking the virtual assistant while using an app or from the home screen, Siri would take over the screen with her responses being shown on the translucent background along with the logo at the bottom.

Now, the company has redesigned the entire experience making Siri more agile and fluid. Unlike before, the updated experience will include Siri’s logo being displayed at the bottom of the screen on being invoked. This will enable users to continue viewing the contents on the screen while using Siri.

Additionally, Siri interactions will now be available in new a more compact design, which the company says, will enable users to stay in the context of what they are doing. The updated Siri experience will be available in fall this year.