A new patent reveals Apple Pencil may come newer gestures support other than the double-tap. It may also come with a camera. 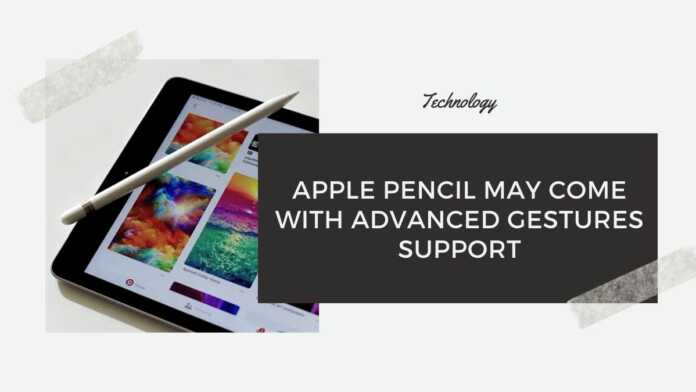 Apple hasn’t forgotten about its stylus, Apple Pencil. The company is reportedly working on a new Apple Pencil with new features including support for advanced gestures.

The current version of Apple Pencil already supports the double-tap gesture. The future model, however, could bring tactile inputs at the user’s grip location, according to a new patent spotted by Apple Insider.

“Furthermore, the stylus can effectively distinguish between tactile inputs from a user and disregard sustained tactile inputs that are provided while the user simply holds the stylus at the user’s natural grip location,” Apple’s new patent says.

The patent notes that a user, who is using an Apple Pencil, may not necessarily interact with the display using their other hand. The stylus will get the touch and swipe features to help the user control every important feature on the screen through the pen.

According to the patent, future Apple Pencil may also come with a camera along with the advanced sensors. An improved haptic engine is said to help simulate the experience of using a real pen.

Apple last upgraded the stylus in 2018. Dubbed as Apple Pencil 2, the device comes with a double-tap feature. Like other styluses, you can use Apple Pencil 2 to take notes, write on the screen, and navigate the UI among other things.