The Music Memos app used by musicians and singers to record song ideas on the go. 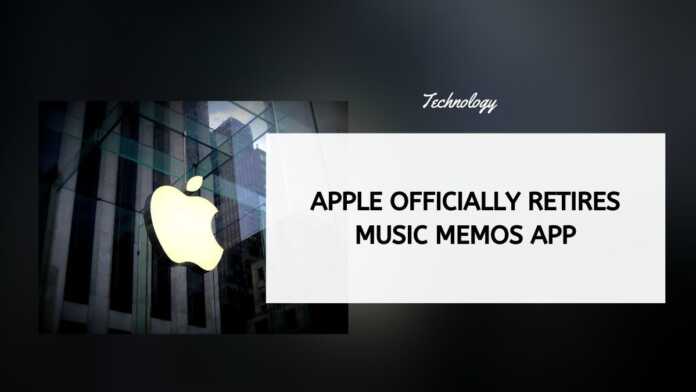 However, if you had installed the app before March 2, you can still use it and re-download it if necessary from the App Store purchase history.

Apple had announced in December that it was going to retire Music Memos after March 1 and had advised users to export their Music Memos recordings to the Voice Memos library to save them.

Music Memos was launched in January 2016 and the app could be used to analyze rhythm and chords of acoustic guitar and piano recordings and add drums and a bass line to provide a “virtual, customizable backing band”.

Once Apple improved Voice Memos to keep up with newer releases of iOS, the utility of also offering Music Memos became lesser and lesser and the app received only a few updates over its life span.

The last update, version 1.0.7 added the ability to export Music Memo recordings to the Voice Memos library and Apple has been encouraging all musicians to use Voice Memos over Music Memos.

Apple pointed out that Voice Memos can be used to quickly capture ideas just as easily, and recordings can be taken further with GarageBand.

To export recordings from Music Memos to Voice Memos you need an iPhone with iOS 14 or an iPad with iPadOS 14, along with the latest versions of Voice Memos and Music Memos. The exported content will appear in Voice Memos in a folder titled “Music Memos”.