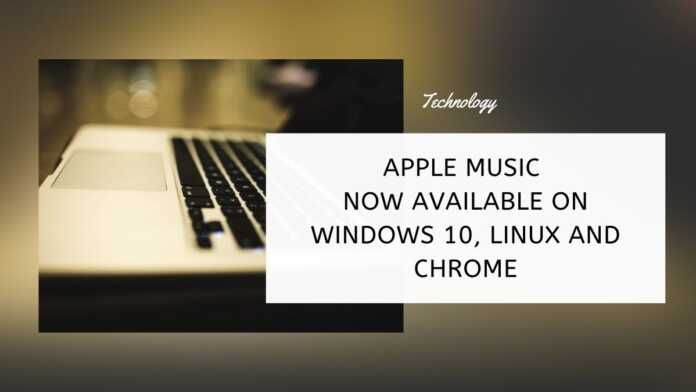 Finally out of beta, you can now access Apple Music’s web player on your computers and other devices at music.apple.com.

Introduced last year, Apple Music’s web version has now become platform agnostic and you no longer need to have iTunes or the Apple Music app to stream your Apple Music playlists.

You can log in on devices running Windows 10, Linux and Chrome OS.

The web version of Apple Music has features similar to the Mac version of the app including a “For You”, “Browse” and “Radio” sections along with all your playlists and recommendations.

There is also Apple Music Replays, a list that curates all your favorite songs from every year that you have subscribed to Apple Music.

This move is a part of Apple’s transition to separate apps for Apple, TV, and podcasts and signals an end for iTunes. This way, Apple can go after subscribers regardless of which platform they use.

This will also give Apple Music, with 60 million paid subscribers till last summer, the boost it needs to catch up to Spotify.