It also seems like Apple can start charging users for this feature in the coming days. 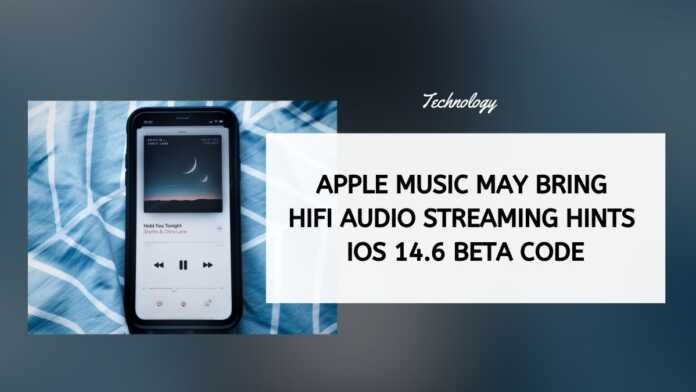 Apple has just released iOS 14.6 developer beta and some already seem to have found the first major expected feature.

As reported by Macrumors, Apple could soon bring HiFi support to the Apple Music app. The idea behind this is said to be that the firm could bring high-fidelity audio streaming to Apple Music‌ subscribers and owners of compatible devices, such as select AirPods. Hints of this feature were discovered in iOS 14.6 beta 1.

It also seems like Apple can start charging users for this feature in the coming days. This piece of information ties up with another recent report claiming that Apple may announce a $9.99 tier that offers HiFi music streaming. It also stated that this feature could come in the “coming weeks”.

The codes found in iOS 14.6 beta 1 have references to “lossless audio,” “high-quality stereo streaming,” and “HiFi” inside the Apple Music app. Also, this feature could be limited to AirPods Pro, AirPods Max, or newer.

However, this is not the only new feature that is hinted in the latest beta OS version. Apple Music could also bring the ability to switch between standard, compressed audio streaming and high-fidelity streaming – which may be based on the connectivity and network limitations in your area. It can be tied up with iPhone 12 with 5G, which has a ‘Smart Data Mode’ that auto switches between 5G and 4G network based on the user’s need.

This move by Apple can also be influenced by rival Spotify’s announcement of bringing HiFi support sometime this year. The latter, however, has not yet given a specific date for rollout.