A new app update for Android will be adding support for both features to the Apple Music app. 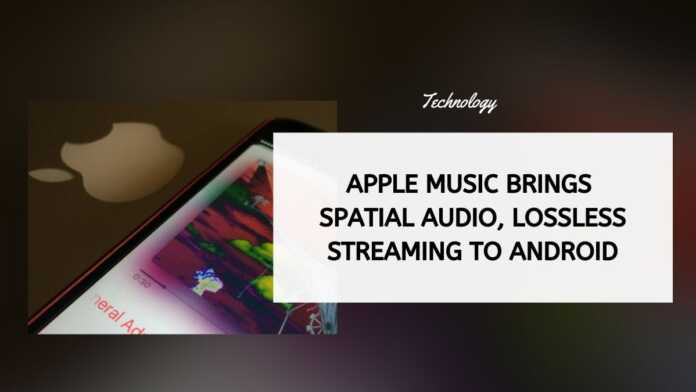 Finally, some good news for Apple Music listeners on Android, as they can now take full advantage of the Dolby Atmos spatial audio and lossless-quality streaming features that debuted on iOS, iPadOS, and macOS over a month ago.

According to The Verge, a new app update for Android will be adding support for both features.

Apple has included all the same warnings as on iOS about it consuming “significantly more data.” Similar to its own platforms. Apple Music advises that external hardware like a DAC is required if you want to step up to hi-res lossless.

Spatial audio support on Android seems to be on the limited side. Although the feature works with any headphones – just like on iPhone, Apple notes that your phone itself needs to support Dolby Atmos to enable spatial audio.

The beta version of Apple Music for Android had actually tipped off that lossless and hi-res audio was coming to the service even before Apple made an official announcement.