The Apple Music app on Android has received some enhancements but it is still quite sluggish. 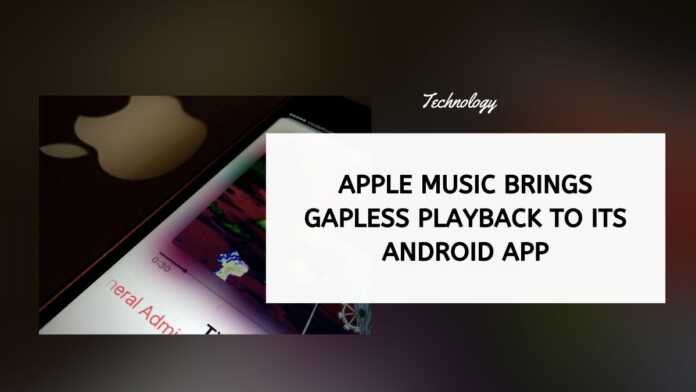 Apple Music expanded to more than 50 new countries just a few months ago, and now, the Android app is getting some new updates. The version 3.3.0 adds some features to Apple Music that users will appreciate.

These include gapless playback, download enhancements, and an overall app performance enhancement.

Gapless Playback is something Apple Music hasn’t added to all iOS releases so it’s good to see it officially being brought to Android. Long albums like Pink Floyd’s The Wall sound better when played at one go.

There seems to be no toggle to turn the gapless playback feature on in the app so one can assume that’s there by default for everyone once the update rolls in.

According to reports, the Apple Music app shows progress more reliably and the ‘only showing music available on this device’ message that you see when you open your downloads now extends to individual albums, artists songs, etc that have been downloaded to make it easier for you to understand that they’re saved in your storage.

The changelog on the Google Play Store notes Android Auto enhancements for this update too. While there have been some improvements, reports say that the app still feels sluggish and slow.