Apple Might Be Planning A Christmas Surprise, As Per Tipster

According to the tipster, Apple is planning for a Christmas surprise next month. 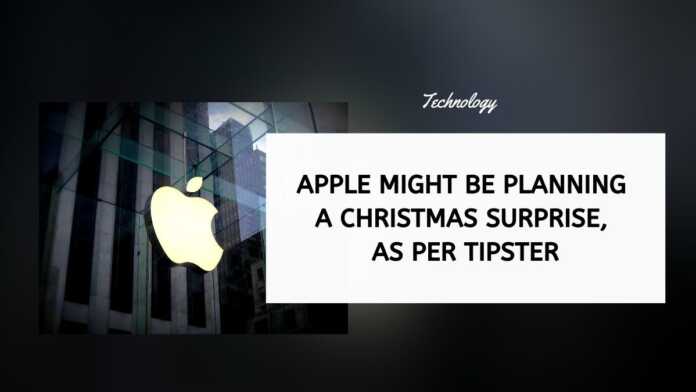 We all may think that Apple is done with its share of announcements this year, however, according to a reliable tipster, the company is planning to introduce a Christmas surprise next month.

Last year in December Apple has announced a holiday promotion that allowed Apple card users to get a 6% cashback daily on most Apple products purchased through the end of the year, MacRumours pointed out. So, it is not wholly unlikely that Apple might announce something this year too.

Apple has made product announcements steadily over the past few months and two of its rumored and much-awaited products – the AirTags and AirPods Studio are yet to be launched.

Images and code spotted on the iOS 14.3 beta that was rolled out to developers recently suggest that Apple is laying the groundwork to add support for third-party item trackers to the Find My app along with additional support for AirTags.

Icons have also been spotted on the beta OS that gives an idea about what the AirPods Studio might look like. Neither AirTags nor the AirPods Studio is expected to be released this year though and it is possible that they may be unveiled sometime next year.