Apple is yet to announce the release date of iOS 14.5. 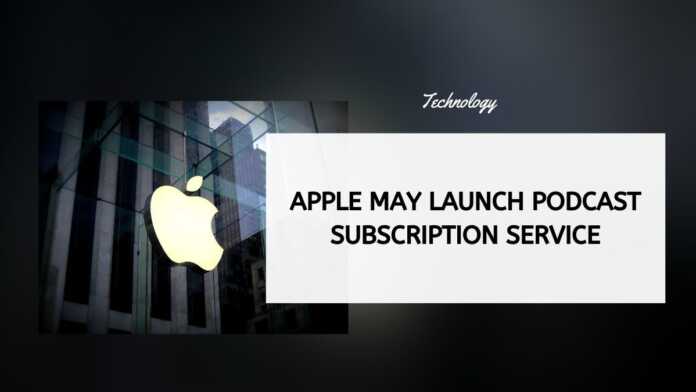 Apple is already rumored to launch some hardware products including the new MacBook Pro models, AirTag accessory, and more at its April 20 ‘Spring Loaded’ event along with major operating system upgrades for its iPhones, Apple Watch, Apple TV, iPad, and Mac.

However, according to a new finding in the beta version of iOS 14.5, the company might also announce a podcast subscription service at its event tomorrow.

As found by a user named Steve Moser on Twitter, Apple’s Podcasts app in iOS 14.5 comes with a new account button on the Listen-Now tab, something similar to what we have seen in Apple Music.

In addition, the notification settings have been moved to this new area, which is also supposed to include other account and subscription details.

Apple announcing paid podcasts at the #AppleEvent tomorrow per @pkafka lines up with my findings. https://t.co/zM3Lun6EXR https://t.co/M94Lfxk9zS

Apple is yet to announce the release date of iOS 14.5. The version has already seen eight beta versions and might reach all the eligible iPhones right after the company’s event tomorrow.

This new podcast subscription service has been previously rumored to be bundled as a part of Apple One as well as Apple Music but without any added charge for existing paid customers.

It’s worth mentioning that Apple was previously in talks to purchase a podcast network called Wonderly before it was acquired by Amazon. The company later completed its acquisition of the podcast app Scout FM in September last year, indicating its seriousness in the podcasting space. In addition, the company has already launched its own podcasts such as ‘The Line’.