This new feature on Apple Maps is currently available for limited people for testing. 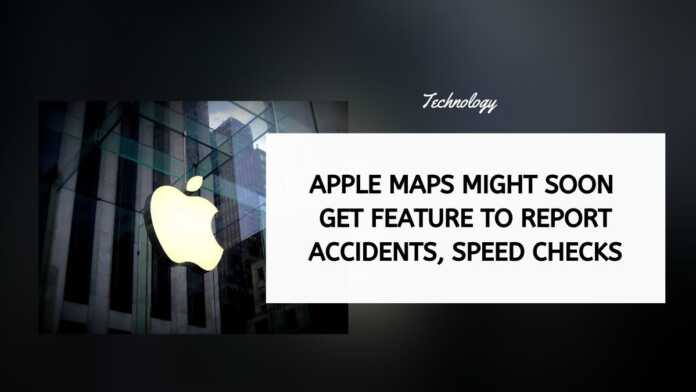 Apple Maps is testing a new update that will allow its users to report accidents, speed checks, and hazards on the road while navigating to a destination.

The new update is currently limited to the latest iOS 14.5 beta and Apple is expected to roll it out more widely with the next public software rollout soon.

According to the MacRumors report, the updated Apple Maps on the iOS 14.5 beta brings in the feature to report incidents. There is a new ‘Report’ button that appears alongside the existing Add Stop, Share ETA, Details, and Audio options and once you press on this ‘Report’ button, you can select what sort of incident or hazard you want to report.

To use Siri to report an incident, users can say – “Hey Siri! There’s an accident on the road.”

Apple Maps is in all likelihood going to reflect an incident after reporting a certain number of reports from users much like Google Maps and Waze does for their report incident features. Reports say that besides iPhones, this feature to report incidents will also work for CarPlay.

The feature is being tested only in the US initially, in a limited capacity and not all users on iOS 14.5 beta have seen it on their devices. But Apple might release it more widely with the next public software release, at least for all major markets over time.