Apple Maps Gets A New Look Around Feature

In areas where ‘Look Around’ is available, a binoculars icon will appear in the top-right corner of Apple Maps. 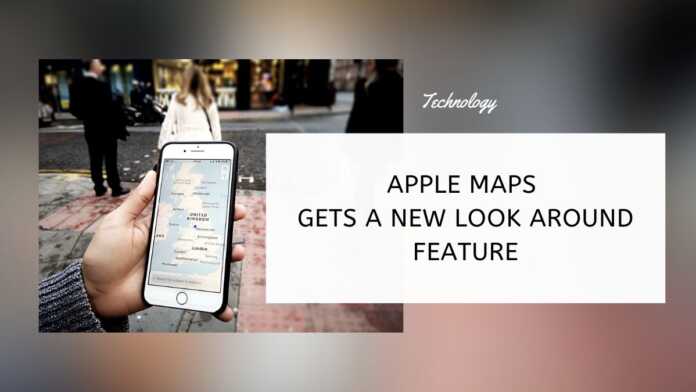 The Look Around feature from Apple Maps has now expanded to Chicago, adding another area to the 3D imagery that is similar to Google Street View.

In areas where ‘Look Around’ is available, a binoculars icon will appear in the top-right corner of Apple Maps. Tapping that icon opens a street-level view in a card overlay at the top of the screen, which can then be expanded to a full-screen view, reports MacRumors.

The feature works relatively similar to Google Street View, wherein the view can be changed by swiping the display while tapping part of the road in the distance will move the camera to that point.

Instead of relying on third-party mapping services for its information, Apple has had its fleet of vans hit the road sporting cameras and sensors to develop its own in-house maps.

How to use Look Around in Apple Maps on your iPhone, by Address

Here’s how to lookup an address and get a closer view with Look Around.

1. Enter the address you want to see in Apple Maps and tap search.

2. Tap the blue binoculars icon on the top right of your screen.

3. The Look Around view will appear in the top half of your screen. The binoculars on the map below shows which direction you’re facing.

4. Tap the arrow icon in the top left corner of your screen to expand Look Around to full screen. When you do that, the address you’re looking at appears on the screen.

5. In either view, you can rotate your view with your fingertip. To move down the street, simply tap the screen. White rings appear and disappear as Look Around whisks you forward, just like Google Street View.

6. Tap Done in the upper right of the Look Around screen to make it disappear.