Apple Made A Major Change In Mask Emoji In iOS 14.2

In iOS 14.2, Apple’s new smiling face mask emoji indirectly states that all is not bad with you if you are wearing a mask. 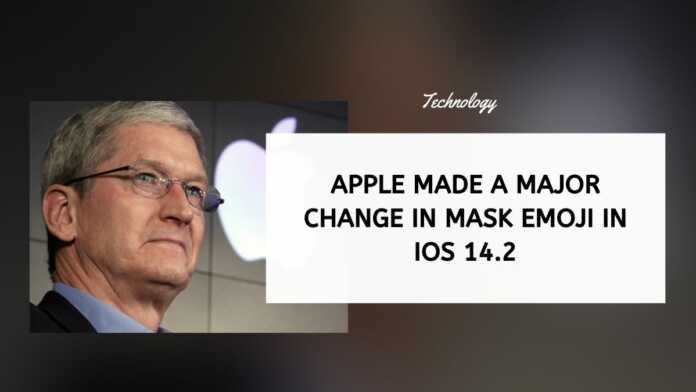 Previously we talked about the number of emojis that are coming as a part of Apple’s iOS 14.2 version. These are already there in iOS 14.2 beta 2 so if you are on that version, you can might as well see it.

However, amidst all the new emojis and the minor changes, we did miss out the mask emoji. Yes, it was there before as well but in iOS 14.2 it’s a bit different. How? It’s now a smiling emoji behind the mask.

If you are on the older iOS version or even iOS 14.0, you will see the mask emoji is not a happy one. It is rather sad and seems like an emoji expressing tiredness. But in iOS 14.2, Apple’s new smiling face mask emoji indirectly states that all is not bad with you if you are wearing a mask. You can still be happy.

This was pointed out by Emojipedia. “Replacing downturned eyes with eyebrows and blushing cheeks, it’s fair to assume the new mask-wearing emoji is intended to be smiling,” it stated.

But while this seems like a very 2020 emoji to users, what stays a question right now is its compatibility with other platforms. It has been mentioned that if this emoji manages to reach the final version of iOS 14.2, you can send it to others but on other’s non-Apple phones it may show up as a regular sad mask emoji.

Samsung did add its own version of the happy face mask emoji from the Samsung Experience 9.0 UI version. Before that, it also used the sad face mask. Hopefully, we will see this in Android 11 at some point.