The data portability could come in handy for users looking to switch to Android or wanting to store their data on an alternate service. 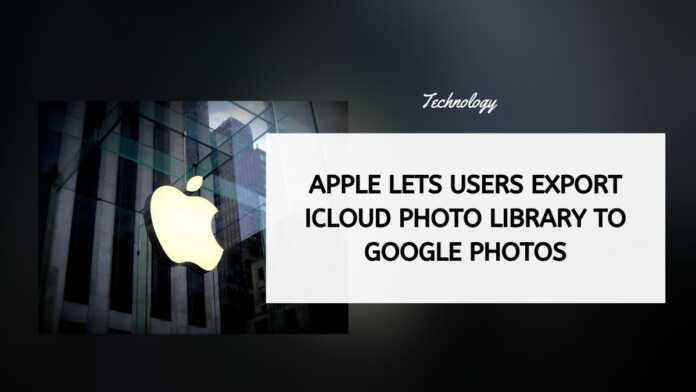 Apple has now added a new service that will let you download all of your iCloud Photo Library images and videos and then import them right to Google Photos.

Apple explains how users can go about doing this, and it is really quite straightforward. You can download your data from the Apple privacy dashboard, choosing the option to ‘transfer a copy of your data’ and Apple will do the rest.

Apple says that image formats such as jpg,.png, webp, gif, plus video formats like mpg, mod, mmv, tod, wmv, asf, avi, divx, mov, m4v, 3gp, 3g2, mp4, m2t, m2ts, mts, and mkv should be transferrable and that the process can take between three days and a week.

However, as the Verge points out, it looks like live photos, shared albums, smart albums, and photo stream content won’t make it to your downloadable archive. In addition, any content including images and videos that aren’t part of your own library (like those shared with you) will not be transferable.

This means that exporting your iCloud drive could mean missing out on some important moments that were captured in the form of live photos.

A report by MacRumors says that the service will only export the most recently edited version of a photo and any duplicate images will be exported a single image and that the service will be available to users in select countries – only users in Australia, Canada, the European Union, Iceland, Liechtenstein, New Zealand, Norway, Switzerland, the United Kingdom, and the United States can use the feature at the moment.

Users must also note that this won’t actually remove your content from Apple’s servers so if you really are switching over to the Android ecosystem then you may want to manually delete your content from iCloud. Apple will also warn you that you must have a certain amount of data storage available when you transfer your data – or not all of your data will be transferred.