The highlight of the laptop is the Magic Keyboard, which adopts the tried and tested scissor-style keys for more comfortable use. 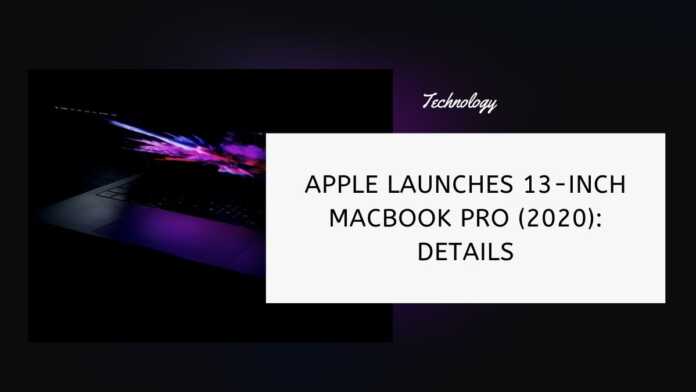 The laptop comes as a follow-up to the last year’s 13-inch MacBook Pro and is already up for pre-orders in the US. The starting price of the device is $1299.

The highlight of the laptop is the Magic Keyboard, which adopts the tried and tested scissor-style keys for more comfortable use and easy maintenance. Even the recently launched MacBook Air has the same keyboard.

For those unaware, the Butterfly keys that came in MacBooks until last year failed to get positive feedback from customers due to several issues.

“Magic Keyboard features a redesigned scissor mechanism with 1mm of key travel for a comfortable and stable key feel, while the new inverted-“T” arrangement for the arrow keys makes them easier to find, whether users are navigating through spreadsheets or playing games,” says Apple.

The 13-inch MacBook Pro also gets double the storage with sequential read speeds of up to 3.0GB/s. The base model now has 256GB inbuilt storage while the most powerful variant now comes with 4TB storage.

Powering the entire device is 10th-generation quad-core Intel Core processors with Turbo Boost speeds of up to 4.1GHz and an integrated Intel Iris Plus Graphics that is claimed to deliver up to 80% faster performance over the previous generation.

Apple’s new MacBook Pro gets a base RAM capacity of 16GB, while the higher versions come in 32GB RAM option as well.

As for the display, the 13-inch Retina screen is said to deliver up to 500nits of brightness levels with support for P3 wide color gamut.

The rest of the features including the speakers, Touch Bar, T2 security chip, Force Touch feature, all stay the same.