Apple is going to apply macOS app verification from February

Apple has announced that developers who create Mac apps outside the Mac App Store will now need to submit them for the notarization process starting on February 3, next year. 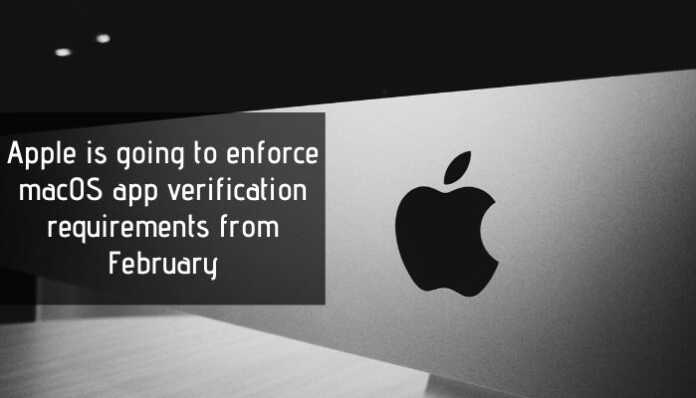 Apple has announced that developers who create Mac apps outside the Mac App Store will now need to submit them for the notarization process starting on February 3, next year.

Notarisation gives users more confidence that the distributed software has been checked by Apple for malicious components.

Back in June, the company announced that all Mac software distributed outside the Mac App Store must be notarized by Apple in order to run by default on macOS Catalina.

Earlier, the firm temporarily adjusted the notarization prerequisites to make this transition easier and to protect users on macOS Catalina who continues to use older versions of the software.

Now, the new policies require developers to submit their apps to Apple to go through a notarizing security process, or they won’t run in macOS Catalina.

“If you have not yet done so, upload your software to the notary service and review the developer log for warnings. These warnings will become errors starting February 3 and must be fixed in order to have your software notarized. Software notarised before February 3 will continue to run by default on macOS Catalina,” the company said in a statement.

According to MacRumors, Apple has been requiring new software distributed with a Developer ID outside of the Mac App Store to be notarized in order to run since macOS Mojave 10.14.5, with the notarization process designed to protect Mac users from malicious and harmful apps.