Here’s everything you need to know about Apple's iPhone SE 2020. 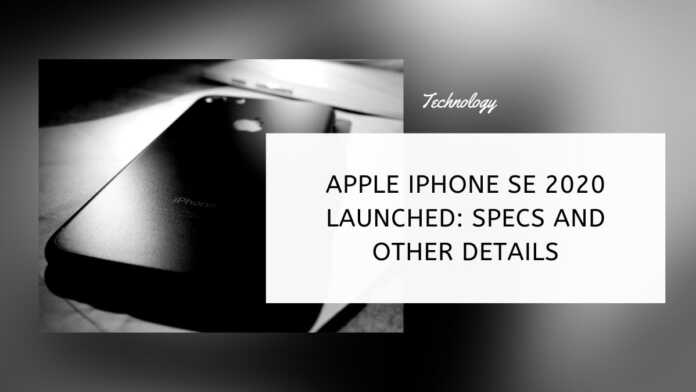 The iPhone SE 2020, or the iPhone 9 is a device that will keep its loyalists happy. The new phone also takes the baton from iPhone XR as the new affordable iPhone.

Apple’s iPhone SE 2020 is the successor of a phone which launched way back in 2016. The new iPhone, however, borrows design elements from the iPhone 8 series which debuted alongside iPhone X.

This is one of the reasons why the iPhone SE 2 was rumored to be called the iPhone 9. The phone brings back the Touch ID sensor, the fingerprint-based sensor that had been phased out in favor of the Face ID iPhone X onwards.

The new Apple iPhone SE has a 4.7-inch Retina HD display with a 1334×750-pixel resolution at 326 PPI. As mentioned earlier, there’s also a TouchID sensor.

The smartphone runs on Apple’s A13 Bionic processor which also powers the latest iPhone 11 series. The smartphone supports wireless charging as well.

The phone has a single camera setup on the back. It has a 12-megapixel f/1.8 aperture Wide camera featuring Portrait mode, all six Portrait Lighting effects, and Depth Control. The camera can shoot 4K videos at up to 60fps. It has a 7-megapixel selfie camera.

The phone runs on iOS 13 out-of-the-box. The phone comes in 64GB, 128GB, and 256GB storage options. The smartphone also has IP67 water and dust resistance.

For battery, Apple says the iPhone SE 2nd gen lasts about the same as iPhone 8. It’s said to deliver up to 13 hours of video playback.