Apple iPhone SE 2 launch is expected to take place on March 31. Here are the details you need to know about this upcoming iPhone. 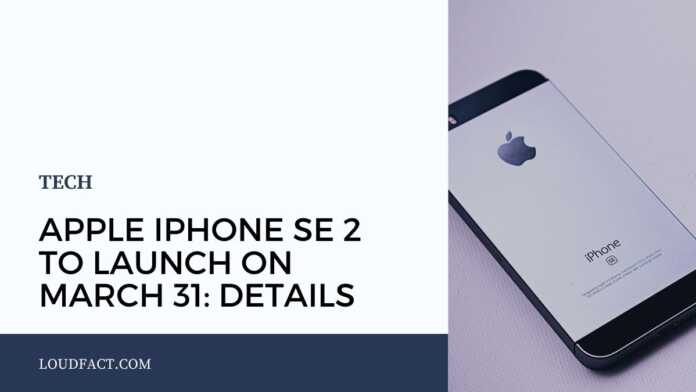 Apple had been long rumored to launch its low-cost iPhone 9 aka iPhone SE 2 in March. A new report earlier today said the iPhone 9 will launch on March 31.

Another report from Bloomberg said Apple is indeed on course to launch the iPhone 9 despite the Coronavirus impact.

Anyone who follows Apple would know the launch of that new iPhone in the month of September. But this upcoming iPhone is different from the annual flagship series.

With multiple reports hinting at the launch of the iPhone 9, we take a look at details about this new Apple product.

This new iPhone is being promoted as Apple’s second low-cost iPhone and successor to the iPhone SE launched in 2016. With the iPhone SE, Apple offered an iPhone with powerful internals but with a dated design. Apple is expected to follow the same strategy with the iPhone SE 2 as well.

Apple is expected to use the iPhone 8’s design with the Touch ID button for the iPhone SE 2. The iPhone 8 which launched in 2017 has thick bezels on top and bottom. It would obviously be weird to see an iPhone in 2020 with a three-year-old design but Apple could make some changes to it.

This is also the same price the original iPhone SE launched at and for the 16GB variant. The iPhone SE successor is however expected to start with 32GB as the base model.

Other than the hardware, the one premium feature the iPhone 9 could get is Face ID. Apple introduced Face ID with the iPhone X in 2018 and it is the only biometric authentication used on iPhones so far.