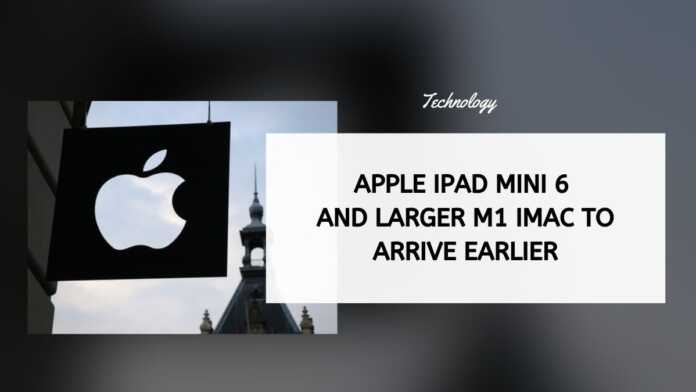 A report suggests that Apple is likely to refresh its Apple iPad mini 6 device with an updated design this year, while another powerful M1-powered iMac could also arrive – but with a larger screen.

The iPad mini 6 “should be a go” for a launch during Apple’s fall event, according to Bloomberg’s Mark Gurman, who states in his weekly ‘Power On’ newsletter that the new refreshed design could be one of the biggest in the device’s nine-year history, as spotted by 9to5Mac.

The device was previously believed to be arriving later this year but it now looks like it will arrive in a couple of months. The iPad mini 6 is rumored to ditch the Lightning port in favor of USB-C, while the home button is likely to be done away with.

The TouchID sensor could be retained in the form of the iPad mini’s power button, and it seems like the device’s bezels will also be reduced considerably. If these sound familiar, it might be because similar changes were also made to Apple’s iPad Air.

In the report, Gurman also says that Apple is also working on another iMac that is powered by the powerful M1 chipset but could arrive in a much larger avatar. It is expected to replace the existing 27-inch iMac but with a larger screen.

However, the device may not necessarily arrive with the same processor, and could be powered by its successor, the rumored M1X – also referred to as the M2 chipset.