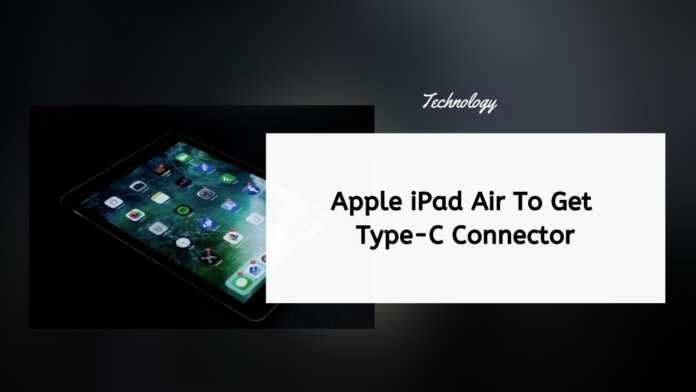 The first USB Type-C iPad device from Apple dates back to 2018 with iPad Pro. Now reports suggest that Apple is planning to bring the same functionality to its iPad Air series.

According to a report by Japanese blog site Macotakara, the 4th generation iPad Air will come with a USB Type-C connector instead of a Lightning connector as has been the case with older iPad Air models until now.

In addition to talking about the iPad Air, the report says that the 8.5-inch iPad Mini will come with the Lightning connector.

It is worth noting that Apple analyst Ming-Chi Kuo last month noted that Apple will launch two new iPad models towards the end of the year.

At this point, it remains uncertain whether the iPad models that Kuo talked about are the same as the ones highlighted in today’s report. In any case, we will update you as soon as more details are available on Apple’s iPad upcoming lineup.