Apple Could Bring Under Display Touch ID To Future iPhones

There is no confirm reports on when Apple will include under-display Touch ID in its iPhone models. 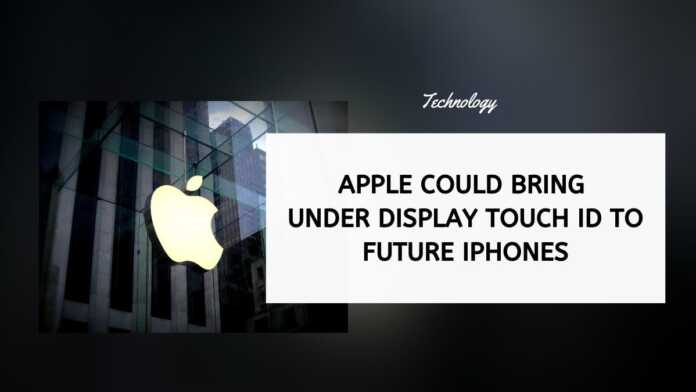 “MESA uts for iPhone,” the tipster wrote in a tweet. ‘MESA’ is Apple’s internal code for Touch ID and ‘uts’ is the abbreviation for ‘under the screen’. This means that Apple is still working on an under-the-screen Touch ID for iPhones. The tipster, however, did not reveal when the company would include the feature in its iPhone models.

That said, including under-display Touch ID in addition to the Face ID makes sense for the company. There are use cases wherein one form of biometric identification works better than the other, 9To5 Mac reported.

For instance, Touch ID doesn’t work well with gloves, while the Face ID isn’t as good while using face masks – something that has become a norm these days.

Sure, Apple has released updates – essentially workaround – that make it easier for users to use Face ID while wearing masks but it isn’t as frictionless as using Face ID. Having both the Touch ID and the Face ID on iPhones solves that problem.

That said, Apple hasn’t said anything about this technology so for now, we can only hope that the company does manage to include both the forms of biometric authentication in its iPhones next year.