Apple during its earnings call confirmed that it won't supply the new iPhones in September. 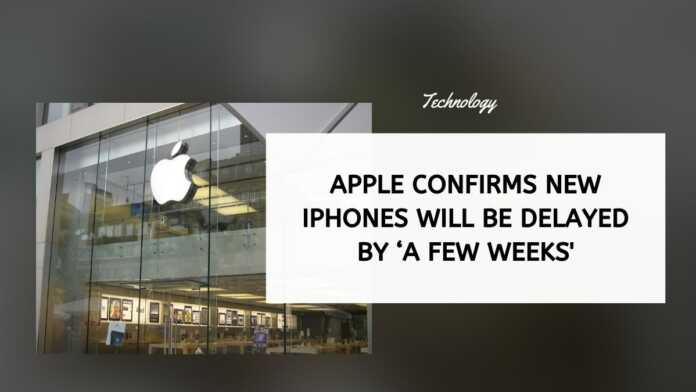 There have been multiple reports suggesting Apple is facing delays in iPhone production which could postpone the launch. Apple has now confirmed that the iPhone 12 series will indeed be delayed this year.

Apple during its Q3 earnings announcement earlier today confirmed that the new iPhones will be available a few weeks later than their usual schedule. Apple however did not give any reason behind the delay of the iPhones.

This comes just a day after Qualcomm cited the “delay of a global 5G flagship phone launch” as one of the reasons for lowering its fiscal Q4 earnings projections.

Apple launches its flagship iPhones in September with sales starting shortly after. While it did confirm that the new iPhones will go on sale later than usual, it could still host an event for the launch.

Apple has in the past launched new iPhones on time but shipped it weeks later. This was for the iPhone X which went on sale in November, and iPhone XR in October.

A previous rumor suggested Apple will launch the iPhone 12 series at an event on September 8. The company is expected to launch a new Apple Watch, a new iPad, and even the AirPower wireless charging mat.

This year Apple is said to launch four new iPhones and all with 5G support. There could be an LTE variant of the iPhone 12 as well.