Apple Allows Amphetamine App To Continue On The App Store

Apple had earlier warned the developer of taking down the app for violating the App Store policies. 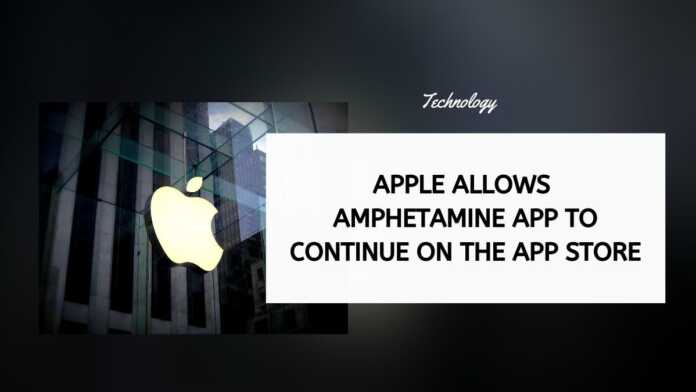 Apple has allowed the Amphetamine app to continue on the App Store. The company had earlier asked the developers to remove the word ‘Amphetamine’ and pill from the icon. Amphetamine is an application that prevents Macs from going into sleep mode.

It has been available on the App Store since 2014. The free macOS app has been downloaded more than 432,000 times and has a 4.8 rating on the app store.

“Just got off a call with Apple. Appeal accepted and Amphetamine will remain on the AppStore. Thank you all for your comments, opinions, and action. We may not all agree, but I am happy we all still have the freedom to express ourselves today,” said the app developer William C. Gustafson in a tweet.

According to The Verge, Apple had warned the developer that if he failed to comply with the App Store guidelines, it would remove the app from App Store on January 12. Shortly after the notice, the developer took to Reddit and Github to raise his concerns.

“Apple called me a few days ago and informed me that I have 2 weeks to completely remove all references to the word “amphetamine” and remove the pill from the icon, else Apple will remove Amphetamine from the Mac App Store on 1/12/21,” he wrote.

Gustafson also pointed out that his app was featured by Apple in a Mac App Story. He said the Amphetamine app was recommended by tech sites such as MacRumours and Lifehacker.

He added that the application was often listed on “Best Mac Apps.” Back in 2016, the app won the “#3 Product of the Day” award on Product Hunt, he added.

Even as Apple has reversed the decision, it is not the first time the company has found itself at loggerheads with the developers. In recent months, many big firms such as Spotify, Epic Games, and Tile have criticized Apple’s App Store policies. Some of them are also involved in legal tussles.