Apple has made these changes to Siri in the latest beta version of iOS 14.5. 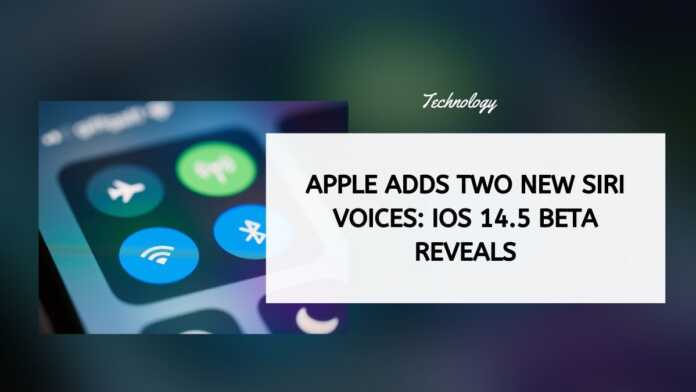 Apple is adding two new voices for Siri, and it will no longer make the default voice female. These changes have been added in the latest beta version of iOS 14.5. Apple will now ask users to choose which voice they want for Siri instead of keeping the female voice as the default one.

This was first reported by TechCrunch, and it’s available in iOS 14.5. The new Siri voices are said to bring variety, and also give users more options to choose from.

Apple has also used its neural text to speech engine for the new Siri voices making them sound more natural. “We’re excited to introduce two new Siri voices for English speakers and the option for Siri users to select the voice they want when they set up their device. This is a continuation of Apple’s long-standing commitment to diversity and inclusion, and products and services that are designed to better reflect the diversity of the world we live in,” TechCrunch quoted Apple as saying.

Apple is bringing these changes to Siri with the iOS 14.5 update. Once the update is installed, iOS users will be prompted to choose their preferred voice for Siri. The latest iOS 14.5 beta also updates Siri voices in Ireland, Russia and Italy to neural text to speech.