Apple is working on offering an Android detector app for AirTags later this year. 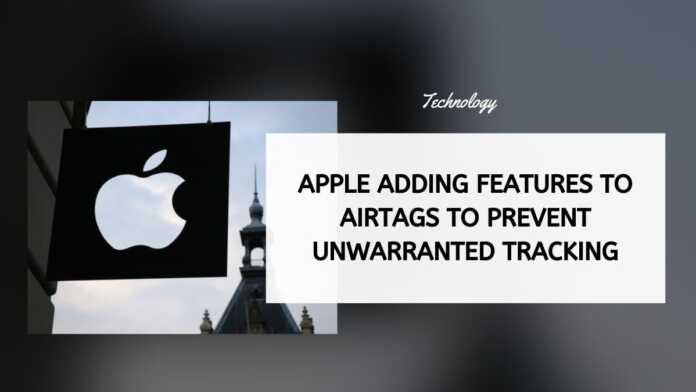 When Apple introduced its AirTags just earlier this year, legitimate concerns were raised that these location tags could be used to track people without them realizing it.

Apple has taken these concerns seriously and is rolling out features that should help prevent unwarranted tracking. For starters, Apple is changing the time an AirTag plays an alert when it is separated from its owner and is also working on ways to warn people when an unexpected AirTag or a Find My network-enabled device is nearby.

Apple has started sending out updates to AirTags that change the time that the tags issue alerts when separated from the original owner.

This feature can help in cases an AirTag is being used to track another person (like if I place my AirTag into someone else’s bag without them knowing and then track them through the Find My network).

The AirTags would play an alert in three days’ time once it was separated from its original owner, this has now been reduced and the device will play alerts at random times now within a window of eight to 24 hours. So, if you are being tracked, you will not have to wait for three days to find out.

To further prevent unwarranted tracking, and to reassure people about AirTags, Apple is working on an app for Android devices that will let people “detect” an AirTag to Find My network-enabled device that may be on them without their knowledge. Apple’s iPhones already have this alert system built into their devices. The Android app is expected to come later this year.

“The recent introduction of AirTag included industry-first proactive features that discourage unwanted tracking,” Apple said in a statement. The company wants to create a “deterrent to abuse by adjusting the amount of time before an AirTag alerts a nonowner to its presence”.

iPhones come with built-in warnings that alert people about AirTags traveling with them that they might not be aware of. Apple also says that the unique identifying codes on each AirTag change frequently and the communication is encrypted which “deters hackers and other unintended tracking efforts”.

If anyone finds an unwanted AirTag on them, they can use their iPhones or any other smartphone to receive instructions on how to disable an AirTag. These new features for AirTags have started rolling out and will be automatically applied when in the range of an iPhone.