Android vs iOS: Which Mobile OS Is Better for You and Why?

Android vs. iOS? It's a common question in every gadget lovers mind. 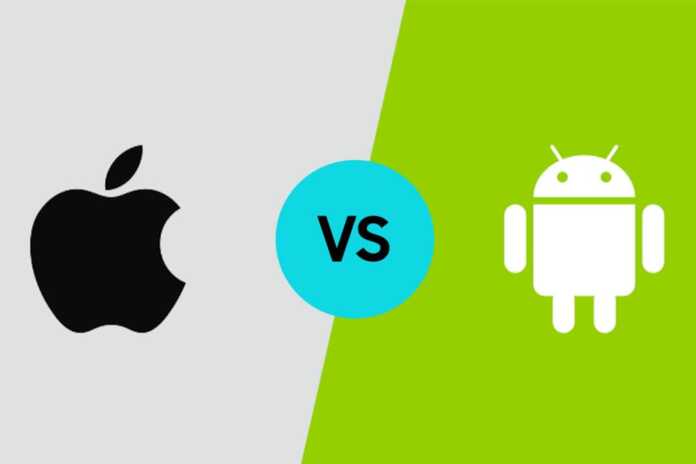 Purchasing a new phone always carries a debate between two leading OS available i:e; Android and iOS. While Android is an open source platform managed by Google, iOS comes from Apple which is the world’s largest information technology company by revenue. Both platforms have a lot to offers to its consumers.

Often people get confused between these two selections because in one hand you can’t resist yourself from apple’s beautiful design neither you can ignore the love for the wide range of hardware running in Google’s platform. If you want to switch between Android to iOS or vice versa, there are lots of facts that you should consider first.

The two operating system quietly seems like similar from GUI concerned. iOS is Apple’s mobile operating system that is used in iPhone and iPad. Apart from that, it is also used in other products such as Apple Tv and the Apple Watch. The main reason to choose iOS is that it always optimized and fine-tuned.

Where Android is open-source OS based on Linux kernel that means anyone can modify, change and adapt it as per his or her requirement. This is why it’s available in a broad and massive variety of different devices.

Comparing both Android and iOS is difficult without considering hardware issues. It’s because both software and hardware are coming in a package that you can not run one’s software in other’s hardware. When it comes to the device, there are lots of strong favorable reasons for both.

No doubt Apple is the most popular brand all over the world for good reasons where everybody knows each new phone is reliable, lightning fast with flawless display and definitely with a better camera. It started lagging behind the competition on the term of visualization and innovative features.

Apple’s os is simply better looking and more intuitive in comparison to Android os. Apple has created an os that perfectly suits for everyday use. It is highly accessible and is incredibly easy to use and navigate, regardless of your experience with technology.

On the other hand, Android os suffers little confusing as many of its features and setting are behind the opaque menu. But Android is the far more feature-rich platform, offering better customization and bunch of setting for almost everything.

The quality of a smart phone’s camera entirely depends on OEM. Apple’s iPhone has always had excellent cameras, although most high-end Android phone comes with camera setup just as good, if not better, the different between flagship camera is still relatively minor, both on paper and practical.

The only way to tell apart the cameras of, say, the iPhone Xs and the Google Pixel 3 is to put them side by side. And even then, the untrained eye is unlikely to notice any real difference. Depend on a budget of android mobile, the camera quality varies from OEM to OEM based on which area they decided to cut corners in.So it is difficult to say which camera is best.

iOS definitely had hand upper when it comes on verities of apps available in app store. Yet today, Google’s Play Store has 2.6 million apps available as of March 2018, placing it above the App Store’s 2.2 million. This gap comes because of Android’s open-source nature and Google’s looser policies when it comes to what is accepted on the Play Store. Like,

The Play Store definitely does have more free apps than the App Store does, but this does come with some strings attached, and those strings are ads.

Each year, we would see a new phone with the same basic design. Things did change when the iPhone X was introduced, incorporating a screen with very thin bezels and heralding a new era in iPhone design which is bound to remain mostly unchanged in the next few years. 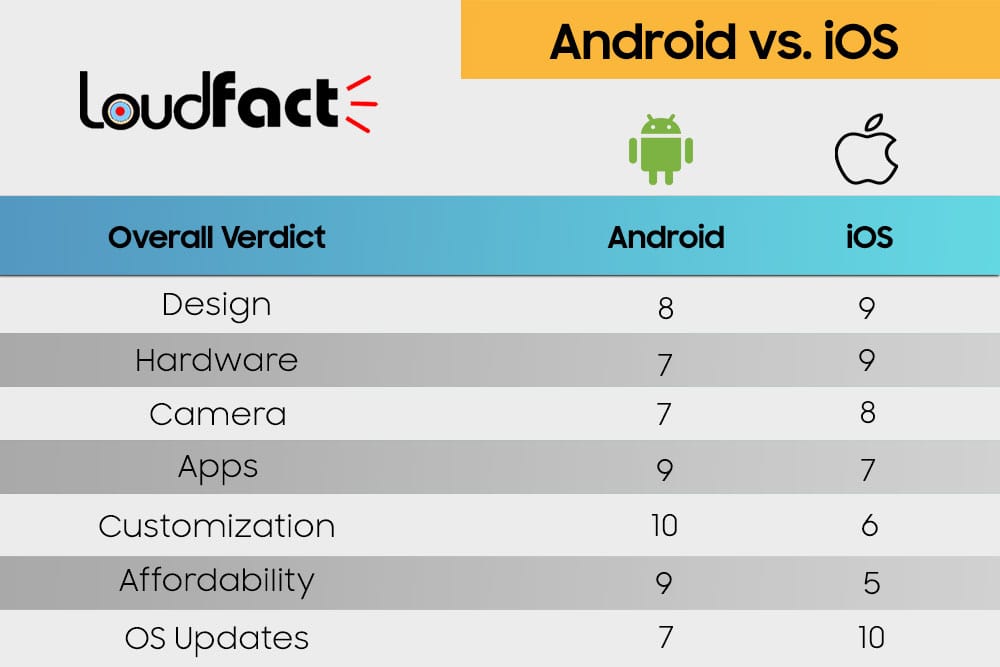 On the other hand, there is no lack of variety with Android phones. In contrast to Apple’s narrow selection, there are countless Android phones out there, with dozens of manufacturers pushing out dozens of models year after year.

Admittedly, the phones aren’t as diverse as they used to be and look more alike than ever, but different OEMs almost always have something unique to offer, be it a hardware or a software feature.

The iOS experience is highly stable but not at all customizable. iPhones all have the same streamlined design, and while this design is arguably the best one for a phone, a certain degree of customization is always welcome, and it’s an area where iOS is sorely lacking.

On the opposite end, Android provides the user with an immense degree of customizability. Even though some OEMs like Huawei put their own rigid iOS-like skins on top of the operating system, the user can always download a more flexible launcher such as the Nova Launcher, Microsoft Launcher, bringing a unique Android experience to every phone.

What’s more, a rooted Android phone will allow an even greater degree of customization, although it does carry the risk of destabilizing the system and potentially voiding the warranty as well.

There isn’t much to say on this topic, and everyone knows that Apple devices are expensive on period to period. This goes not only for iPhones, but for everything else, too: MacBooks, iMacs, Apple Watches, and virtually every accessory you can name.

Meanwhile, brand-new Android phones can be found for under $100, although the saying holds true: you pay peanuts, you get monkeys. The cheapest Android phones usually offer terrible performance, although a $300 mid-range Android phone might have all the features and performance that you’d need out of a smartphone.

Apple devices are known to be long-lasting. The primary reason behind this is that each iOS device accepts OS updates for 5years following its initial release.

New versions of Android are quite slow to roll out on most devices, especially those which use a more heavily-modified version of the OS. In such cases, updates can take months to get to every device. And even then, there is always the question of whether a device will be updated at all – and if it does, you still cannot be sure that the update will improve your experience or actually make the system unstable and slow the phone down.

Both OS provides different user experience, which makes it difficult in selecting one over other. But if you are a budget-friendly user looking for lots of customization, then Android is the perfect OS to go with. On the other hand, if you are looking for a superb device with amazing build quality then iOS-powered Apple devices are right for you.