Apple CEO Tim Cook has said that iOS has less malware than Android. 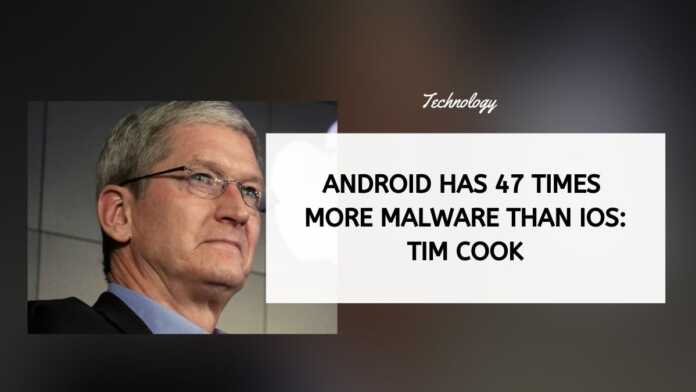 However, the image, at least as far as the security is concerned, remains mostly unchanged. Now, Apple CEO Tim Cook has put that in words and actually quantified it.

Another reason that Cook cited for this chasm is the fact that Android allows sideloading mobile apps. For the uninitiated, sideloading enables users to download apps directly from the internet in addition to the concerned app store.

The Apple CEO said that sideloading mobile apps was not in the best interest of the users. He also said that if Apple was allowed to sideload apps, it would destroy the security and privacy of its mobile platform.

Cook also talked about the proposed Digital Markets Act (DMA) in Europe. DMA aims to restrict big tech companies such as Facebook, Amazon, Apple, Google from monopolising their position in the market. It also aims to create a fairer business environment for companies and individuals that depend on big tech companies to offer their services.

When asked about Apple’s stance on the proposed legislation, Cook gave a mixed response. “As I look at the tech regulation that’s being discussed, I think there are good parts of it, and then I think there are parts of it that are not in the best interests of the user,” Cook said.