Google has said that its privacy-friendly feature will first arrive on Android running on Android 12 devices later this year. 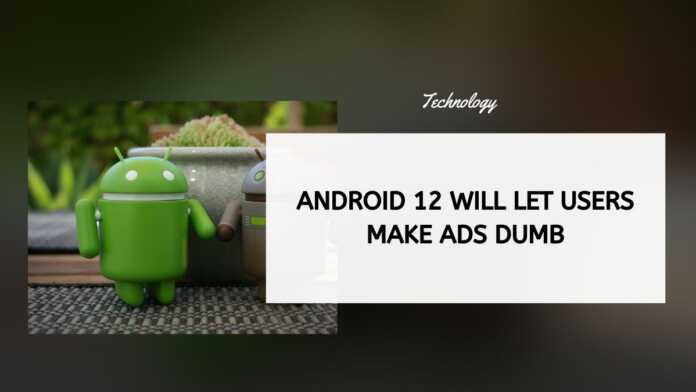 Android 12 is expected to bring a host of new privacy-friendly features to smartphones. The list includes the ability to disable app access to camera and microphone, clipboard access notification, and a new Settings dashboard. Now, a new report says that the Android 11 successor will do a lot more than that. It will make ads on Android dumb.

With Android 12, Google is planning to change that. Google, via an update on its support page, said that it will remove the advertising ID when a user opts out of personalization using advertising ID in Android Settings.

“Any attempts to access the identifier will receive a string of zeros instead of the identifier. To help developers and ad/analytics service providers with compliance efforts and respect user choice, they will be able to receive notifications for opt-out preferences,” Google wrote on its support page.

The company also said that the apps targeting Android 12 will need to declare a Google Play services normal permission in the manifest file.

What all of this means is when Android 12 is rolled out, users who opt-out of having an advertising ID will stop getting personalized ads that are based on their preferences. While users will not be able to shun all ads for good, they will certainly be able to make them less intrusive and hence dumb.

As far as the availability is concerned, Google has said that this feature will be rolled out in phases, which means that not all Android users will get it at once. It will first arrive on Android running on Android 12 devices later this year and expand to apps that support Google Play next year.