The advantage of having system-wide support for color accents would also mean that unlike theming engines like Substratum. 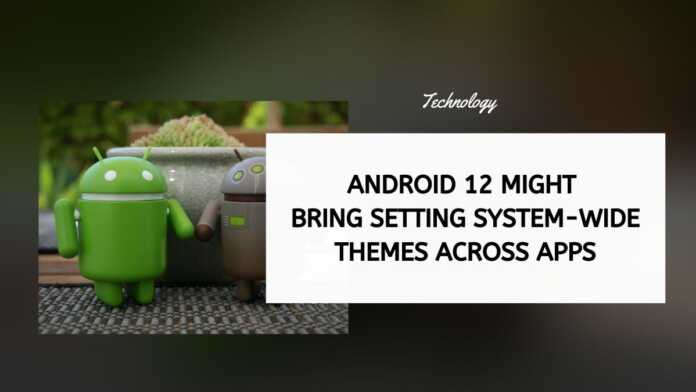 If you’ve used a Pixel, the recently introduced icon and color accent changer will also seem familiar. However, a new report suggests that Google may be ready to kick its customization chops to the next level in Android 12.

While Google has supported a system of ‘overlays’ to customize the system since at least Android Nougat. Android Oreo brought improvements to the Overlay Manager Service (OMS) and Runtime Resource Overlay (RRO), allowing applications like Substratum to install themes across the entire system.

This was more powerful than the themes on the Pixel that only change the quick setting toggles, the volume controls, and the settings app. Using Substratum, however, required rooting your phone, which exposed the average Android enthusiast to additional risks.

However, according to 9to5Google, Android 12 might introduce a systemwide accent ‘engine’ that will allow you to select a particular color ‘accent’ and apply it system-wide.

Unlike Substratum themes, which tell a specified list of apps that they ‘must’ use a certain color, the solution on Android 12 would involve Android’s API telling apps installed on the phone that the user had selected, for example, the lavender accent. Apps could then choose to apply the color across their app’s dialogs, buttons, and menus.

Another advantage of having system-wide support for color accents would also mean that unlike Substratum, themes will not need to be updated when an app update changes settings and moved the user interface.

Instead, app developers could update their interface and request the Android API what color the user has chosen, then apply it in the new update. It remains to be seen whether this feature makes it into the final release version of Android or delayed for Android 13 next year, but the arrival of the first Developer Previews in February should give use a far idea of what it looks like.