As per ToolTester, Amazon has experienced 27 outages over the past 12 months related to its services. 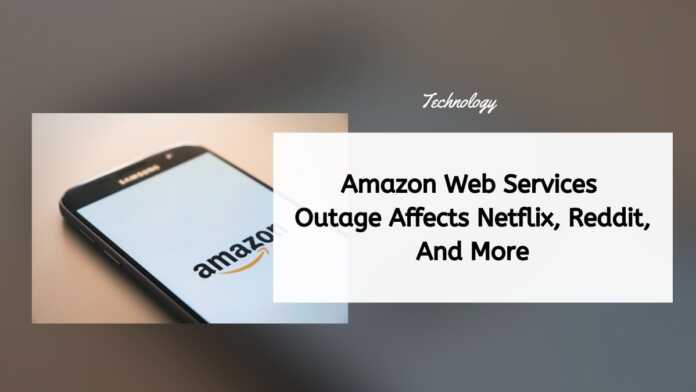 A partial outage on Tuesday hit Amazon’s cloud-computing business, which powers many of the online sites people rely on, affecting some of the tech giant’s many customers.

The e-commerce colossus’s Amazon Web Services (AWS), used by firms to store data without having to manage their own servers, reported “we have identified the root cause and are actively working towards recovery.”

It noted the impacts were centered in the eastern United States and that the outage also affected “monitoring and incident response tools.”

“Many services have already recovered, however, we are working towards full recovery across services,” Amazon said on its status dashboard. Amazon’s Ring security cameras, mobile banking app Chime and robot vacuum cleaner maker iRobot, that use Amazon Web Services (AWS), reported issues according to their social media pages.

According to the specialist website Gizmodo, Amazon’s online shopping platform, the streaming service Disney and the payment application Venmo were affected by the outage.

Twitter’s new boss Parag Agrawal was to deliver live-streamed remarks, but the company said his talk would be recorded and replayed after an “AWS network connection issue.”

A giant outage of Amazon’s cloud-computing network in the United States in November 2020, which impacted large users such as media companies, was triggered by an effort to upgrade capacity.

Downdetector.com showed more than 24,000 incidents of people reporting issues with Amazon, including Prime Video and other services.

The outage tracking website collates status reports from a number of sources, including user-submitted errors on its platform. Users began reporting issues around 10:40 AM ET on Tuesday and the outage might have affected a larger number of users.

The outage that affected Amazon.com Inc. and all of its cloud services on Tuesday morning hit ticket-sale platform Ticketmaster, delaying the pre-sale window for Adele’s new tour by four hours. Popular websites like Coinbase, Robinhood and Netflix also experienced problems.

Adele is scheduled to make her stage comeback with a tour in support of her November album “30” in July 2022, five years after concluding her last world tour.