Amazon To Remove QAnon Products From Its Platform

Amazon drew scrutiny for having apparel with QAnon insignia and related books up for sale days after QAnon followers joined last week's siege of the US Capitol that left 5 people dead. 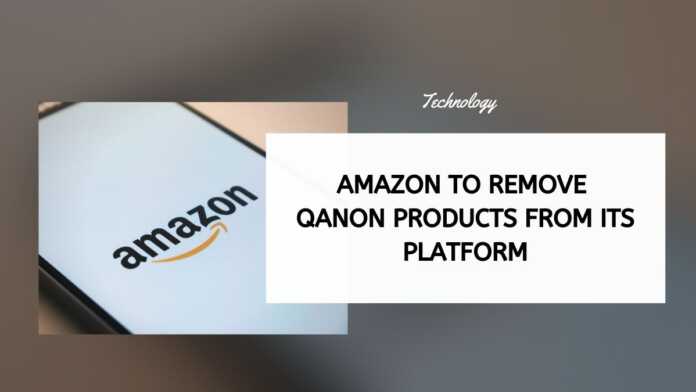 Amazon.com said it was working to remove some QAnon products from its online marketplace, citing policies that prohibit offensive items or other inappropriate content.

The world’s largest online retailer drew scrutiny for having apparel with QAnon insignia and related books up for sale days after QAnon followers joined last week’s siege of the US Capitol, which left five people dead.

QAnon backers have pushed conspiracies on social media based on web postings from the anonymous “Q,” citing insider knowledge of US President Donald Trump’s administration.

These include the baseless claim that Trump secretly is fighting a cabal of child-sex predators, among them prominent Democrats and figures in Hollywood.

The action by Amazon follows a decision to stop hosting the web content of Parler, a social network used by some supporters of Trump.

The company alleged that Parler had violated the terms of service of its cloud computing division, Amazon Web Services (AWS), for failing to deal with an increase in violent social media. Parler sued AWS on Monday in response.

Amazon previously has come under fire for – and removed the listings of – products promoting extremist views, such as books denying the Holocaust.