Amazon holds an Alexa event every fall and this year it's going to hold on September 24. 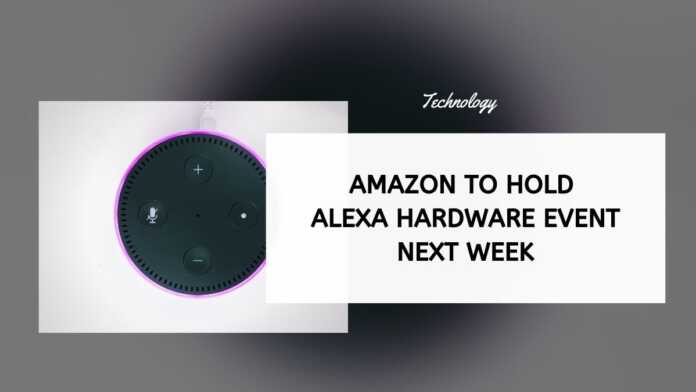 We don’t know anything about device announcements yet, however, Amazon is on schedule for its annual Alexa event that it holds every fall. Amazon will be launching new Echo products at the event, we just don’t know exactly which ones yet.

Amazon has sent invites out, The Verge has received one, and thanks to that we know that the Alexa event is scheduled for September 24 at 1 PM EST.

Amazon has not announced what they are going to unveil, they have only stated that they have “some news”. The September 24 event is invite-only so it is possible that Amazon may not live stream it for the public.

So far, Amazon has used events like these to introduce updated Echo speakers and smart displays, and maybe a few surprises are thrown in, says Android Authority.

The 2019 event saw the introduction of the high-end Echo Studio, the Echo Dot, and the Echo Show 8. The company had also introduced the Alexa-enabled Echo Buds, Echo Frames, and the Echo Loop ring.

This year though, there is the added pressure on Amazon to launch something impressive since Google’s September 30 event is going to bring in the Nest-branded sequels to the original Google Home. And Apple is also expected to introduce a smaller HomePod this fall.