It was the second broad disruption on Amazon platforms including Alexa and Prime Video. 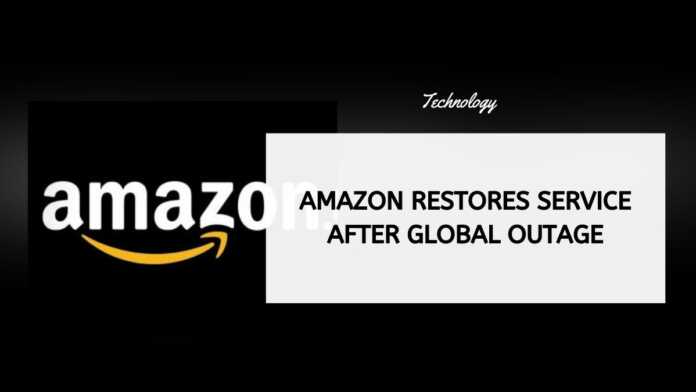 Amazon.com has been hit by a global outage with many users reporting that it is inaccessible. It has been revealed that the Amazon online store has been hit by the outage. Outage monitoring website Downdetector indicates that this is the second broad disruption to services since late June.

Amazon online store showed error messages on several regional domains. News agency Reuters reported that it could not access product listing on its domains including the United States, Canada, the United Kingdom, France, India and Singapore.

Amazon staff worked through the night to restore the online store and as of 0400 GMT, some of the domains were back up. The company has not commented about the extent of the recovery in services.

Amazon said its online stores had returned to normal services after a global outage disrupted shopping on its country sites.

According to Downdetector, services were disrupted for nearly two hours and at the peak of the disruption, more than 38,000 user reports indicated issues with Amazon’s online stores.

“Some customers may have temporarily experienced issues while shopping. We have resolved the issue, and everything is now running smoothly,” an Amazon spokesperson said. The spokesperson declined to comment on the reason for the outage.

It was the second broad disruption since late June when users experienced a brief outage on Amazon platforms including Alexa and Prime Video before services were restored.