Amazon said it was making the move because of a shortage of tests that can confirm infections and concerns that even people without symptoms may be spreading the disease. 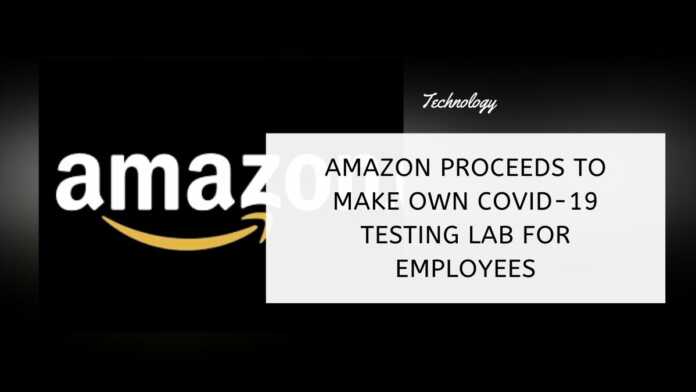 Amazon is moving to create its own lab to test employees for coronavirus as the e-commerce giant struggles with safety issues amid the pandemic.

The online retail leader, which began the year with some 750,000 employees and is growing, said it had begun “building incremental testing capacity” for the virus.

“A team of Amazonians with a variety of skills – from research scientists and program managers to procurement specialists and software engineers – have moved from their normal day jobs onto a dedicated team to work on this initiative,” the company said in a blog post late Thursday.

“We have begun assembling the equipment we need to build our first lab and hope to start testing small numbers of our front line employees soon.”

Amazon said it was making the move because of a shortage of tests that can confirm infections and concerns that even people without symptoms may be spreading the disease.

“We are not sure how far we will get in the relevant timeframe, but we think it’s worth trying, and we stand ready to share anything we learn with others,” the company said.

“If every person, including people with no symptoms, could be tested regularly, it would make a huge difference in how we are all fighting this virus. Those who test positive could be quarantined and cared for, and everyone who tests negative could re-enter the economy with confidence.”

Amazon is believed to have had COVID-19 cases in a number of its warehouses and has seen employee protests and walkouts in several of them to press for safety improvements.

Last week, Amazon began temperature checks and distribution of masks for employees, part of a ramped-up safety effort. Temperature checks were to be rolled out across Amazon’s operations networks in the US and Europe, including Whole Foods Market grocery operations.