Amazon today announced that it is rolling out the Amazon Prime Video app on macOS. 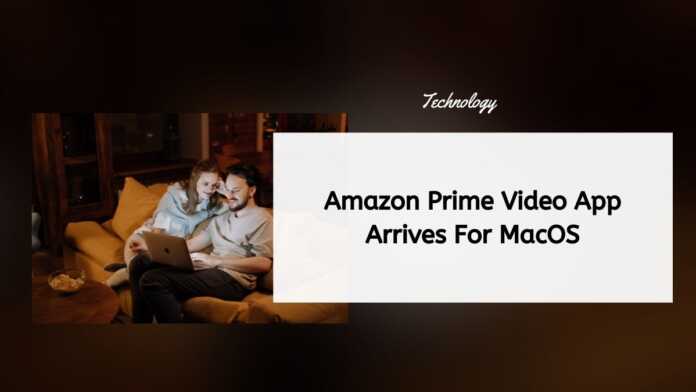 Amazon Prime Video is one of the most popular video streaming apps in the world. At the moment, it is available on most of the App Stores except macOS users.

With this, macOS users will not only be able to stream their favorite shows and movies in the app but they will also be able to download Prime Video content on Macs for offline viewing.

As far as the features of this app are concerned, Amazon says that while the overall experience of the Amazon Prime Video’s macOS app is similar to that of the platform’s web interface, it has made subtle changes in order to make it more versatile as per the platform.

For instance, the Amazon Prime Video app will offer streaming over AirPlay, using Picture-In-Picture and the option to download movies and series for offline viewing (when available).

In addition to this, customers using the macOS app will also be able to use the search functionality and popular features like IMDb’s X-ray, continue watching, and watchlists among others on Amazon Prime Video’s macOS-based app.