Amazon App Store vs Google Play in 2023: Which Is Better?

With Increasing user base, Amazon App Store will be a threat to Google Play in near future. But that's a good news for all Developers as they will get most out of their apps. 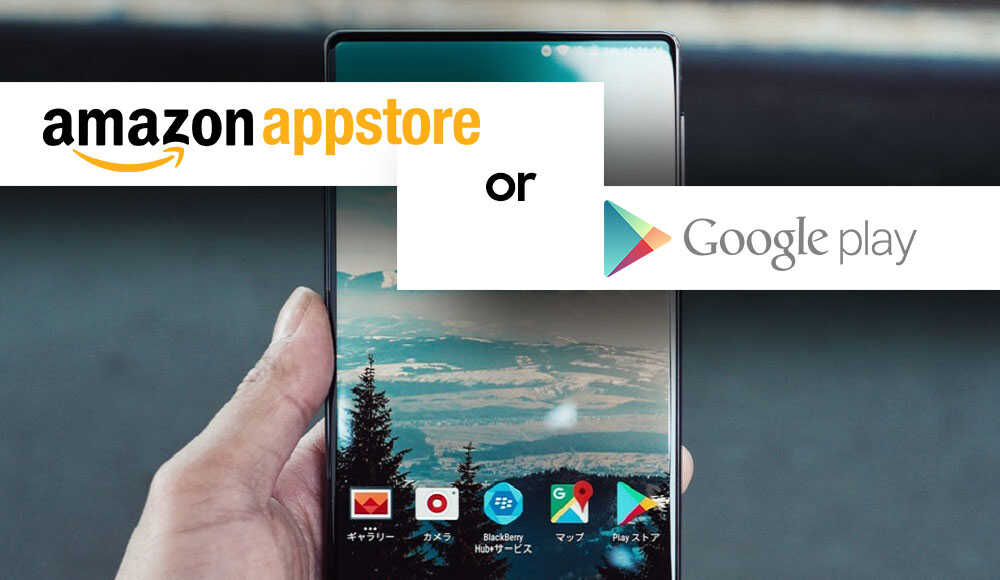 When it comes to downloading an android app, commonly people prefer the google play store over the Amazon app store because google play is the default app store of most devices.

Most people are not aware of the fact that there are also some other alternatives to Google Play that are actually quite good and in some cases even better. Amazon App Store is one the best among them and it actually used widely in certain countries.

Here are some most common questions that come to everyone’s mind,

This makes developers think twice before getting their heads towards the Amazon App Store. So let’s analyze both of the app stores to know which one is better.

Amazon App Store was launched in 2011, it was initially distributing apps for the Kindle Fire tablets, phones, and streaming media boxes. It comes pre-loaded on those devices and has the same purpose as the google play store.

The main difference between the two is that the Amazon app store doesn’t require a google framework to be installed to run its services.

With time Amazon made some improvements and now It’s not limited to fire devices. The app store can be installed on most other Android devices giving users a better alternative to the google play store.

Currently, Europe and North America contribute a major part of the Amazon app store’s market. Though the downloads are not that much still sales rate is higher for paid apps. All apps in the Amazon app store come with more keywords, videos, and screenshots. These things attract more people and make it more interesting.

To access the Amazon app store on your android phone, you need to install the Amazon Underground app. To do this, you can either have a link emailed to your inbox, or you can download it directly to your device.

Amazon also introduced AmazonCoins, which is a virtual coin to purchase an app with a discount or for free. You can also earn money by completing app tasks or by purchasing them with real money.

The more apps you will buy, the more you will save which can go up to a whopping 25% discount. It also gives an offer like a 25%discount on amazon web service, up to 30% cashback for downloads.

For the app content and ASO practices, Amazon App Store allows you to set keywords upfront. You can provide relevant keywords to make your app ranked and found by others. Apart from that, Amazon Appstore also indexes the app title, so it’s better to add a strong title for your app.

Every app in the Amazon App Store comes with more keywords, videos, and screenshots, which attract more users to get a good overview of the app and download it. 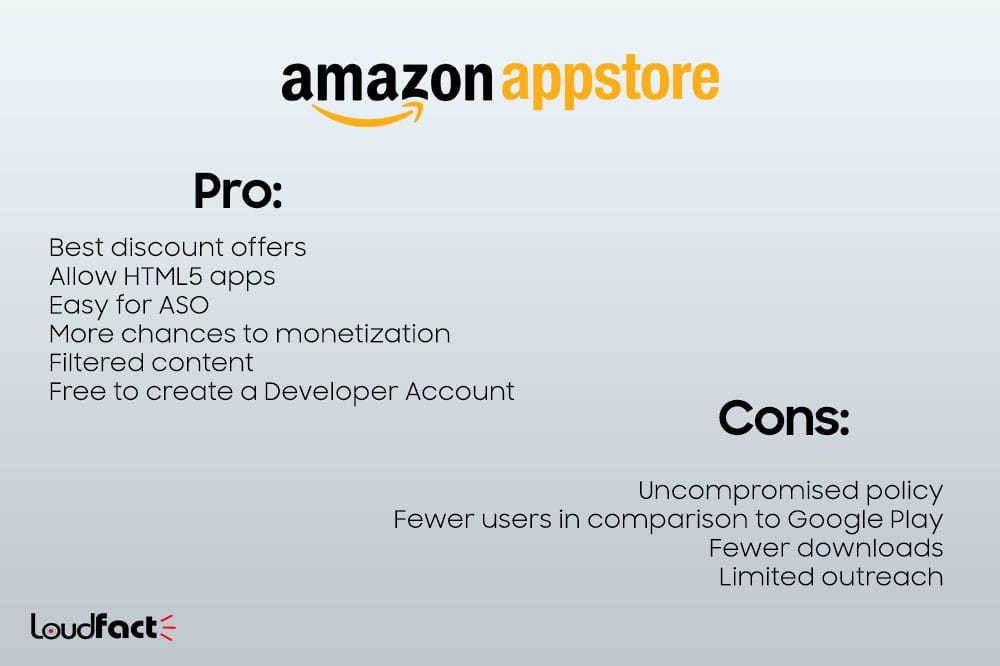 Everybody knows about the Google play store, so there is no need to introduce it. Google Play provides services to all android os and allows users to download android apps. It offers music, magazines, books, movies, television programs, and more. You will find two types of apps over here, one is free and another one is paid which users can download directly from its Play store. 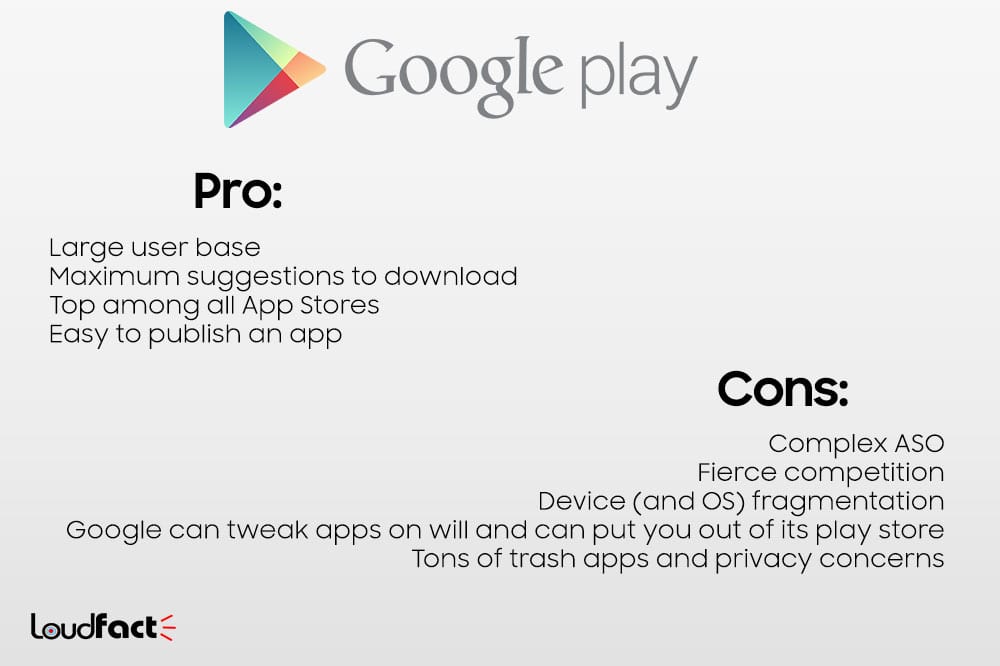 Both markets almost offer the same services and development for the same operating system. The differences are not vast but it is noticeable depending on the devices. While the Google Play store has a large user base, with concepts like Amazon coin Amazon is driving more people towards it.

So, from a developer’s point of view, both markets are essential to getting potential users. If you want to deploy your app in the play store or Amazon app store or both then you should best practice in ASO. While Google Play is currently on top of all app stores, I personally think Amazon will give strong competition in the near future with the lunch of its new devices like Amazon Fire Sticks.