Ahead of Windows 11 release date, Android mobile apps have appeared on the Microsoft Store. 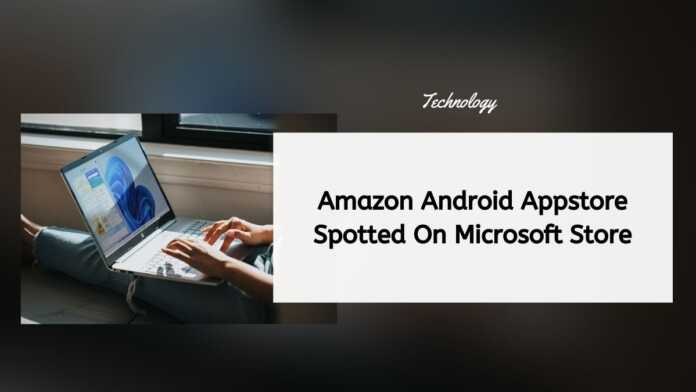 Ahead of Windows 11 release date, Microsoft has already announced that support for Android mobile apps – a feature that had been announced while announcing Windows 11 at its June 2021 event – will not be available to the users at the time of launch.

The Microsoft Store listing of Amazon’s Appstore shows that the feature would run on devices powered by Intel, AMD, or the ones based on ARM-based architecture and that it will require the PC to be running on version 22000 or higher of the company’s six-year-old Windows 10 operating system.

The system requirements section of Amazon Appstore’s listing on the Microsoft Store also shows that the feature requires a minimum of 8GB of RAM to work. Although the recommended requirement is that of 16GB of RAM.

Sadly, no further details about the Amazon Appstore are available on the Microsoft Store yet. In fact, the listing has an “Amazon Confidential – For testing purposes” label slapped on it. This indicates that both Microsoft and Amazon are inching closer to bringing the Android app support to Windows 11 via Amazon App Store.

It also indicates that the feature should be available for testing on Microsoft’s Windows Insider soon, which would give us a fair idea of how this functionality will work upon launch.